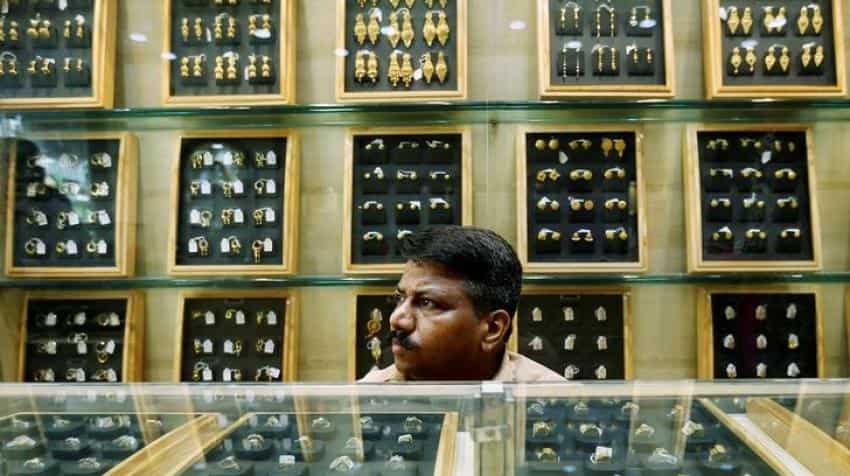 A salesman wait for a customer inside a gold jewellery showroom in Mumbai, Maharashtra, India, May 9, 2016. Image Source: Reuters/Danish Siddiqui/File Photo
Written By: PTI
RELATED NEWS

India's gold demand is likely to fall to around 750-800 tonnes in 2016, as against 860 tonnes last year, mainly due to sharp rise in prices and jewellers' strike following new regulations, World Gold Council (WGC) has said.

"In the first half of this year, gold demand fell to 248 tonnes. We think that demand will be better in the second half on the back of good monsoon," WGC India MD Somasundaram PR told PTI on the sidelines of an Assocham event.

Asked about the reasons for fall in demand, Somasundaram said, "Prices have risen sharply this year. Jewellers strike because of imposition of excise duty and PAN card complexities are some other factors for the likely decline in demand".

Gold prices are ruling above Rs 31,000 per 10 grams in the national capital on Thursday.

He said the industry is facing a challenging situation due to imposition of 1% excise duty on gold jewellery and requirement of Permanent Account Number (PAN) card number for jewellery purchase of above Rs 2 lakh.

Somasundaram stressed on increasing consumer awareness to follow the rules of PAN card.

India's gold imports fell to 291 tonnes in the first six months of this year from 470 tonnes in the year-ago period on weak demand.

Asked about the imports for the full year, he said it should fall in line with demand but declined to give any figure. "Imports are dependent on two factors demand plus stocking. So, its difficult to make estimates".

On gold price outlook, Somasundaram said, "We do not comment on prices. But fundamentals for gold demand and prices are robust".