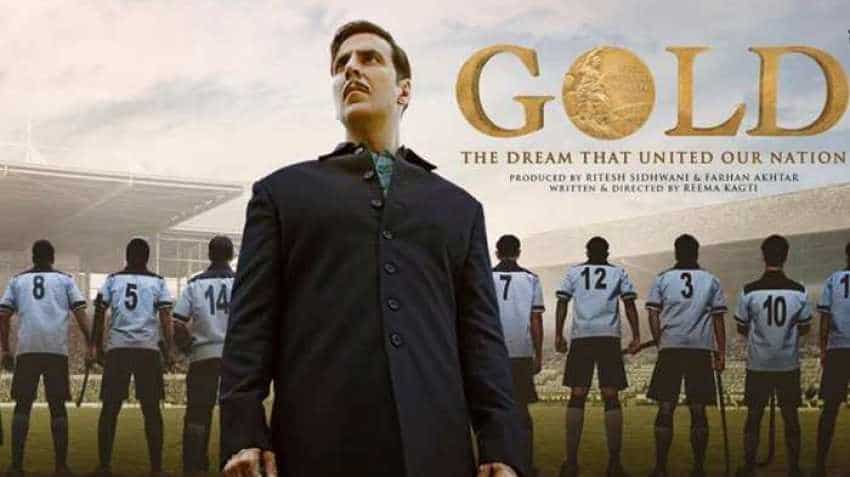 Gold Box Office Collection Day 1: On the occasion of Independence Day, two big films Gold and Satyameva Jayate released in theatres. Akshay Kumar starrer Gold has gone on to earn Rs 25.25 crore on the opening day, according to Box Office India report. Another report states that Gold has got the third biggest opening day of 2018 while Satyameva Jayate is fifth, as reported by NDTV. The report also says that the opening day record of Akshay's 2015 film Singh Is Bliing, which was also released on a national holiday (Gandhi Jayanti) was the highest till now.

"The big holiday (Independence Day) results in big number at the box office. Both, Gold and Satyameva Jayate have TERRIFIC Day 1. Both, Akshay and John record their highest Day 1 business. The combined total is approx Rs. 45 crore (+/-), which is humongous," Taran Adarsh tweeted.

In his review for NDTV, film critic Saibal Chatterjee gave Gold 2 stars out of 5. "Hockey, at its best, is an incredibly fast-paced game and any film about the sport has got to capture that inherent momentum for it to work. Gold fails to do that, dragged down by a storyline that puts too much store by the anticipated crowd-pulling power of a Bollywood A-lister," he said.

In this movie, Akshay Kumar plays the role of a hockey coach Tapan Das. The film rolls around Kumar who trains team India to win its first gold medal as a free nation at the 1948 Summer Olympics.