As many as 36 tourists were from Telangana, including 22 from Hyderabad. Transport Minister P. Ajay Kumar rushed to Rajamundry and met the survivors and relatives of the missing tourists. 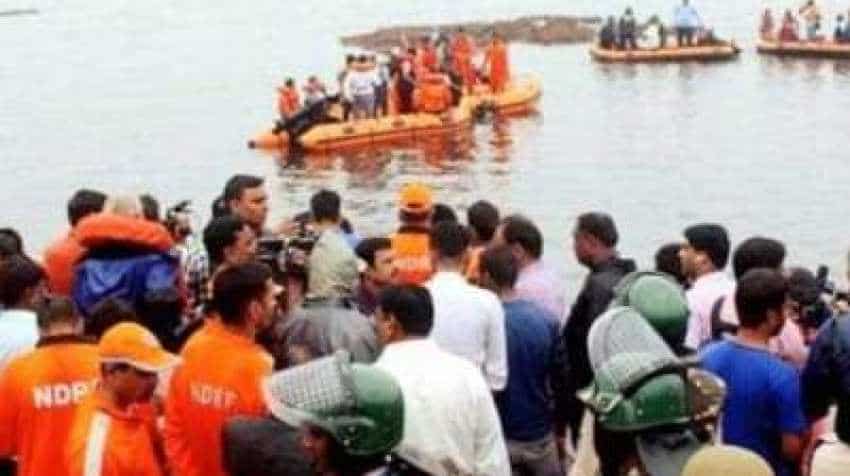 Two helicopters and deep divers of the Indian Navy were pressed into service as rescue and search operations resumed on Monday in the Godavari river in Andhra Pradesh, where a boat with over 60 tourists capsized a day earlier.

The boat, with 61 tourists, nine crew members and three singers, overturned near Kuchuluru village on Sunday afternoon while on its way to picturesque Papikonda hills.

Officials said 27 people were rescued, while around 25 were missing. Eight bodies were recovered till Sunday night. Initial reports had put the number at 10.

As the bodies were believed to have been washed away, search operations were also being carried out at Dowleswaram barrage. The gates of the barrage were also shut.

The private boat was allegedly being operated without permission and survivors have claimed that the negligence by the driver led to the tragedy.

As many as 36 tourists were from Telangana, including 22 from Hyderabad. Transport Minister P. Ajay Kumar rushed to Rajamundry and met the survivors and relatives of the missing tourists.

Andhra Pradesh Chief Minister Y. S. Jagan Mohan Reddy is scheduled to visit Rajahmundry later in the day. He will hold a meeting with officials to review rescue and relief operations.

Reddy on Sunday announced Rs 10 lakh ex-gratia each to the families of the deceased while Telangana Chief Minister K. Chandrashekhar Rao announced financial assistance of Rs 5 lakh each to the victims from his state.