As the Government Pension Investment Fund (GPIF) in Japan, the largest pension fund in the world, goes through a structural asset allocation shift, there are opportunities for countries such as India. The GPIF, with approximately $1.4 trillion in assets under management, is looking to allocate as much as five per cent to infrastructure and real estate -- up from under one percent in the past. 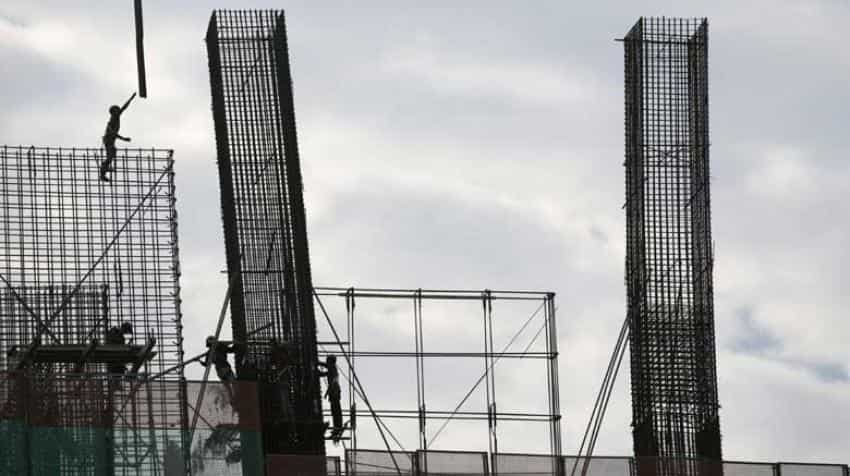 The shift is symbolic of pension funds in Japan and has gained momentum in the past six months. Image source: Reuters
Written By: IANS
RELATED NEWS

In a world where trade wars dominate news headlines, trade in goods is interesting, but trade in capital is no less exciting. The Indian infrastructure ecosystem should take note of some policy and regulatory changes globally over the last few months. These can potentially aid the country to significantly bridge the infrastructure financing gap.

As the Government Pension Investment Fund (GPIF) in Japan, the largest pension fund in the world, goes through a structural asset allocation shift, there are opportunities for countries such as India. The GPIF, with approximately $1.4 trillion in assets under management, is looking to allocate as much as five per cent to infrastructure and real estate -- up from under one percent in the past.

This shift is symbolic of pension funds in Japan and has gained momentum in the past six months. The number is staggering, as five per cent of GPIF`s assets under management translates into about $70 billion.

While not all of this will flow to India, capital is looking for investment opportunities and the country as a destination is appealing. Japan has been a significant capital provider to India through Official Development Assistance (ODA) loans, with approximately $3 billion in fiscal 2016-17 alone.

While the money invested so far has been substantial, the numbers still pale in comparison when one considers that the India economy is $2.85 trillion (as per IMF data) and a single pension fund in Japan has $70 billion to allocate to infrastructure. The vast potential of institutional capital as a source for infrastructure financing is still untapped.

Not just in Japan but elsewhere too there is a trend wherein policymakers are reassessing pension fund models to boost returns and manage assets better. As the pension fund community worldwide learns a few lessons from the Canadian Pension Fund reforms from the 1980s, countries like India stand to benefit immensely.

The Canadian reforms created pension funds that had in-house expertise and regulations to manage capital efficiently. These funds have been trailblazers in investing, especially directly in infrastructure. In recent times, India has been a beneficiary too. Global trends within the pension industry that look to invest in infrastructure directly further provides the country with an opportunity to bridge the infrastructure deficit.

Japan looks to further position itself as an infrastructure exporter, especially of capital. The Japanese government has set a target of exporting $268 billion worth of infrastructure by 2020. To achieve the objective, it has amended policy by making joint ventures (JVs) with Japanese companies in foreign countries eligible for Yen-denominated loans at low-interest rates when the Japanese ownership is at 20 percent in the JV, as opposed to the previously mandated 50 percent.

This change is highly beneficial in an Indian context. The new ownership rules potentially allow even greater Japanese investment in infrastructure here. As both Chinese and Korean capital competes with Japanese money to finance Asian infrastructure, New Delhi and Tokyo have an opportunity to deepen their partnership.

Critics of financing infrastructure through foreign capital argue against such a strategy since heavily indebted projects can make the country dependent on foreign money.

It is important to note two critical points here. Well-financed projects with the optimal debt-equity mix will avoid the issues that heavily indebted projects face, whereby the lender may aim to gain control of the asset by offering burdensome debt covenants. The aim of attracting foreign capital is to create an ecosystem that allows the investor to generate investment returns while helping India build much-needed infrastructure.

On the contrary, those investing in infrastructure are patient investors with long-dated capital, with objectives aligned with the nation where they are investing their money. Hence, well-structured infrastructure projects with foreign capital can create significant value for India, and it must align policies to boost infrastructure creation in a rapidly evolving global landscape.