Global bonds remained under pressure on speculation the Bank of Japan may soon trim its massive stimulus. The euro was choppy as a dip in French business confidence was offset by signs of strength in German manufacturing. 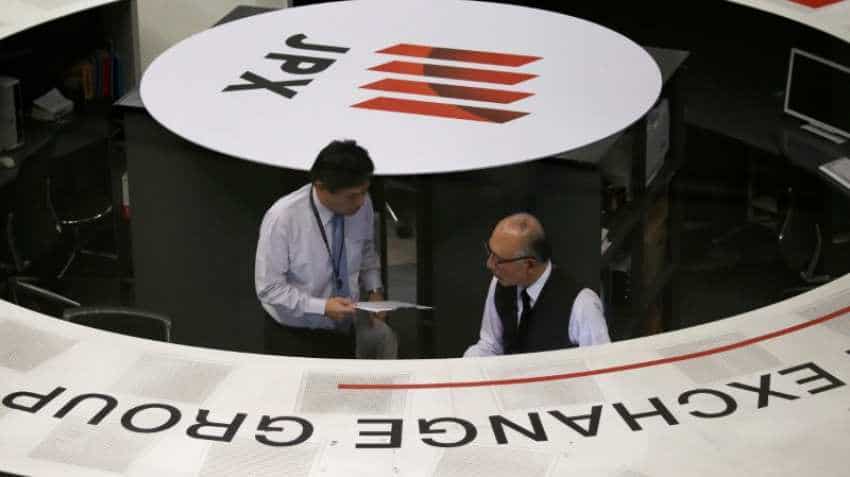 European stocks were up, partly thanks to some upbeat results from UBS, autos firm PSA and chipmaker AMS. Image source: Reuters
Written By: Reuters
RELATED NEWS

Global bonds remained under pressure on speculation the Bank of Japan may soon trim its massive stimulus. The euro was choppy as a dip in French business confidence was offset by signs of strength in German manufacturing.

European stocks were also up, partly thanks to some upbeat results from UBS, autos firm PSA and chipmaker AMS, but also just riding in the slipstream of Asia’s and Wall Street’s overnight gains.

China’s government bond yields jumped and the offshore yuan hit a one-year low after Beijing’s cabinet said it would pursue a more vigorous fiscal policy and as traders bet on further easing in monetary conditions.

Shanghai blue chips closed up 1.5 percent at a one-month high and Japan’s Nikkei had added 0.5 percent, even though a disappointing reading on factory activity suggested the threat of a trade war was starting to bite.

“It is clear the government is moving towards policies that are supporting growth,” he adding, saying the trend was likely to bring a reaction from the United States in time.

Tech stocks got a boost from Alphabet, the parent of Google, which jumped 3.6 percent after hours to a record high, valuing the group at $870 billion.

That made up for an otherwise dull Monday on Wall Street where the Dow ended down 0.06 percent, the S&P 500 gained 0.18 percent and the Nasdaq rose 0.28 percent.

WHO WILL BUY THESE BONDS?

Bond bulls were still smarting from speculation that the Bank of Japan is close to scaling back its monetary stimulus, a risk that lifted long-term borrowing costs globally.

Markets were worried that Japanese investors would have less incentive to hunt offshore for yield, said ANZ economist Felicity Emmett.

“The 10-basis-point steepening in the Japanese yield curve is massive in the context of a market that rarely moves more than 1 basis point,” she said. “It reflects a broader fear that central banks are reducing their purchases while U.S. bond supply is set to rise significantly.”

As a result, 10-year U.S. Treasury yields reached their highest in five weeks, around 2.96 percent, and were again nearing the 3 percent mark.

Germany’s government bond yields rose to a five-week high of 0.416 percent. Most other euro zone yields were higher by 1-3 basis points.

“Global stocks, Asian stocks in particular have seen a boost from (potential) policy-easing measures in China and this helps the general risk sentiment and adds to some of the headwinds to bond markets,” said Commerzbank strategist Rainer Guntermann.

Part of the shift in yields was caused by talk that data on second-quarter U.S. economic growth, due on Friday, would top current forecasts of 4.1 percent.

Dealers noted some media reports that President Donald Trump was predicting an outcome of 4.8 percent. That would not be out of bounds, given the much-watched Atlanta Fed GDP tracker puts growth at an annualized 4.5 percent.

Such a strong outcome would only add to the risk of faster rate increases from the Federal Reserve and underpin the dollar.

The euro slipped to $1.1690, having run into profit-taking at a peak of $1.1750 overnight. Turkey’s lira was down 0.5 percent and looking jumpy before what is expected to be another sharp rate increase later.

In commodity markets, oil prices were flat as the focus turned to oversupply worries and away from escalating tensions between the U.S. and Iran.