All eyes on Gujarat as stage set for counting tomorrow 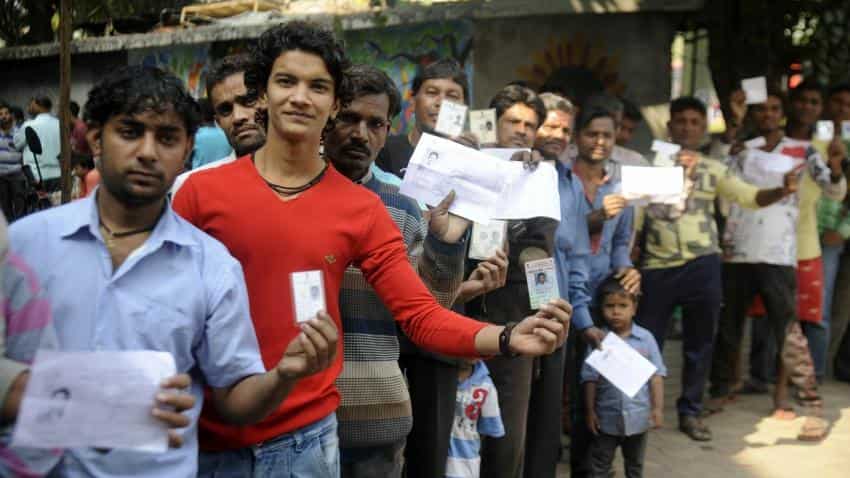 People wait in a queue to cast their votes for the second and final phase of Gujarat Assembly polls in Ahmedabad on Dec 14. Image Source: IANS

Counting of votes will be held tomorrow for the Gujarat Assembly polls, considered a prestige battle for Prime Minister Narendra Modi in his home state and a litmus test for new Congress president Rahul Gandhi.

While the BJP is seeking a sixth straight term in office, the Congress is aiming to stage a comeback in power after being in the opposition for over two decades.

The results are expected to have a bearing on the 2019 parliamentary polls also as Modi had come to power in 2014, based on the Gujarat 'model of development'.

The much-awaited results of the keenly fought elections will be announced tomorrow when the counting of votes will be held at 37 centres across the state's 33 districts, amidst tight security.

The voting was held following an acrimonious campaign, where both the main political parties indulged in no-holds- barred attacks on each others.

Modi led the campaign for the BJP, while Rahul Gandhi was the pivot of the Congress' electioneering.

Gandhi persistently attacked Modi and the BJP for "not talking about the future of Gujarat" and skipping key issues being faced by the people of the state.

The Congress also stitched about a broad social coalition with prominent Patidar, OBC, and Dalit leaders - Hardik Patel, Alpesh Thakor and Jigesh Mevani - in its bid to unseat the BJP in power for over two decades.

Patel led a long agitation of his community for reservation, while Thakor led an counter protest against inclusion of Patidars in the OBC reservation list. Mevani raised his voice against Dalit atrocities.

The influential Patidar community, which accounts for around 12 per cent of the state's population, could prove to be the 'X factor' in the polls in which Patel pledged support to the Congress and appealed to people to "uproot the BJP" this time.

As the campaign was nearing its end, "Vikas" (development) took a back seat, and caste and religious issues received prominence.

The two main rival parties also tried to counter each other on social media, as the Congress and its supporters launched the campaign "Vikas Gando Thayo Che" (development has gone crazy), while the BJP launched a counter drive of "I am development, I am Gujarat".

An average 68.41 per cent polling was recorded in the two-phase Assembly elections in Gujarat.

According to the final figures released by the Election Commission, the voter turnout in the second phase of balloting on December 14, for 93 seats of North and Central Gujarat, stood at 69.99 per cent.

In the first phase of polls held on December 9 for 89 seats in Saurasthra, Kutch and South Gujarat, 66.75 per cent voting was recorded.

The total voter turnout this time has seen a dip of 2.91 per cent, as compared to the 2012 polls when 71.32 per cent polling was registered.

In terms of numbers, of the total 4.35 crore registered voters, 2.97 crore exercised their right to franchise in the elections held on December 9 and 14.

According to the EC data, the tribal-dominated Narmada district witnessed the highest voter turnout of 79.15 per cent, while Devbhumi-Dwarka of Saurashtra region recorded the lowest at 59.39 per cent.

Only Devbhumi Dwarka district registered polling below 60 per cent.