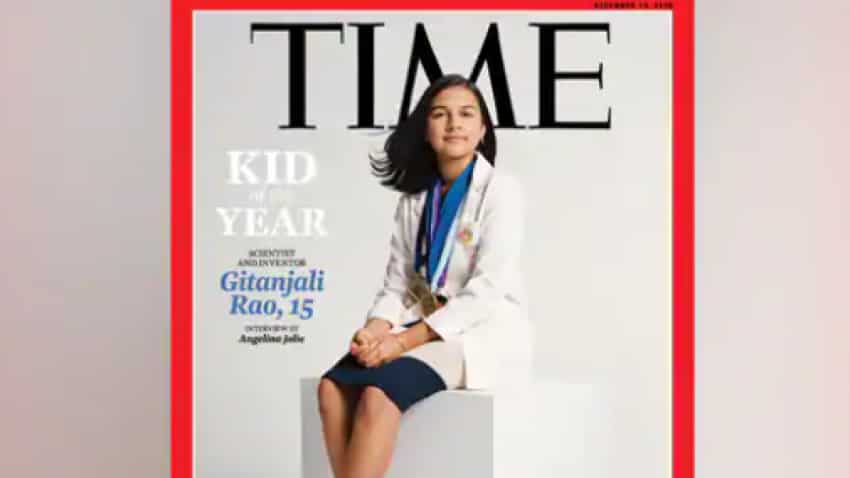 Shocking! US Man threatens to kill ex-boss for not responding to Facebook friend request

Gitanjali Rao - TIME Kid of the Year: 15-year-old Indian American Gitanjali Rao has become the first ever TIME magazine's Kid of the Year ever. This is a fitting tribute, considering Gitanjali Rao's many accomplishments. A 3-time TEDx Speaker, the teenager was selected from a field of more than 5,000 nominees. She was interviewed by actor and activist Angelina Jolie for TIME.

Rao, who lives in Lone Tree, Colorado, has been selected for her “astonishing work using technology to tackle issues ranging from contaminated drinking water to opioid addiction and cyberbullying”.  The teenage scientist is currently working on what she calls “an easy way to help detect bio-contaminants in water - things like parasites”.

“The world belongs to those who shape it. And, however uncertain that world may feel at a given moment, the reassuring reality seems to be that each new generation produces more of what these kids have already achieved: positive impact, in all sizes,” the magazine said.

Last year, Rao was featured in Forbes’ ‘30 Under 30’ list for her innovations. In 2017, she had won the Discovery Education 3M Young Scientist Challenge and was awarded USD 25,000 for creating a device called Tethys.

The device, which contains a 9-volt battery, a lead sensing unit, a bluetooth extension, and a processor was created to detect lead in water.

In May 2019, she was awarded the Top ‘Health’ Pillar Prize for the TCS Ignite Innovation Student Challenge for developing a diagnostic tool based on advances in genetic engineering for early diagnosis of prescription opioid addiction.

Of lately, she has developed Kindly, a phone and Web tool, which uses artificial intelligence technology to detect possible early signs of cyberbullying.

“You type in a word or phrase, and it’s able to pick it up if it’s bullying, and it gives you the option to edit it or send it the way it is. The goal is not to punish. As a teenager, I know teenagers tend to lash out sometimes. Instead, it gives you the chance to rethink what you’re saying so that you know what to do next time around”, Rao, who is also an accomplished pianist, told TIME.

Shocking! US Man threatens to kill ex-boss for not responding to Facebook friend request