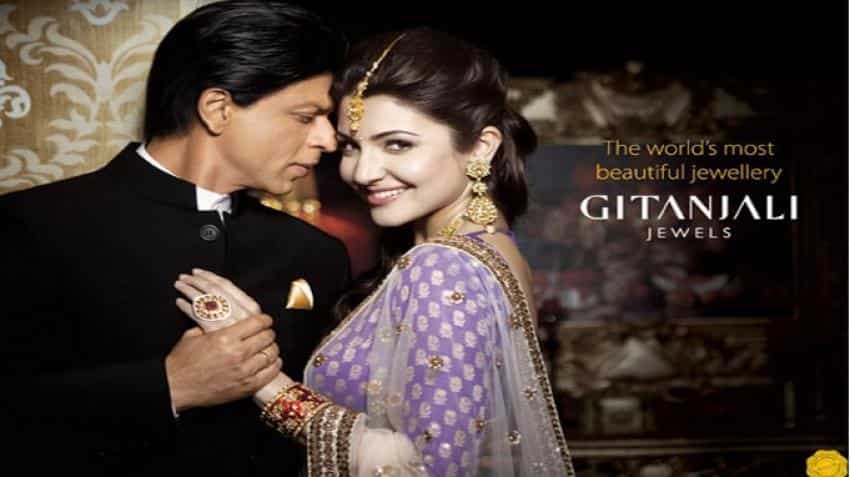 The stock tanked sharply in the last four days since the PNB fraud came to the light. Image source: PTI
Written By: ZeeBiz WebTeam
RELATED NEWS

Shares of Gitanjali Gems extended losses for the fourth straight session on Monday, hitting its lower circuit of 10 per cent as the jewellery company is allegedly involved in Rs 10,500-crore financial fraud that defamed the Punjab National Bank last week.

The stock tanked sharply in the last four days since the fraud came to the light. The stock shed as much as 46.22 per cent to Rs 33.80 since February 14 on the BSE, and is heading towards its all-time low of 29.95.

Over the weekend, the first information report (FIR) filed by the Central Bureau of Investigation (CBI) confirmed  that Gitanjali Gems along with two subsidiaries made some fraudulent transactions worth Rs 4,887 crore via letters of undertaking (LoU) and letters of credit (LC) that PNB officials issued to them illegally.

Meanwhile, the Income-Tax Department on Saturday attached nine bank accounts of Gitanjali Gems, its promoter Mehul Choksi and others in connection with a tax evasion probe against them.

The department issued orders for provisional attachment of these accounts in various bank branches in Mumbai under the provisions of the Income Tax Act, 1961. There are around Rs 80 lakh in these accounts, official sources said.

They said the action was taken to "recover outstanding tax demands".

The I-T department tester had initiated action against beleaguered diamond jewellery designer Nirav Modi and provisionally attached 29 properties and 105 bank accounts of him, his family and firms as part of its tax evasion probe, officials said.