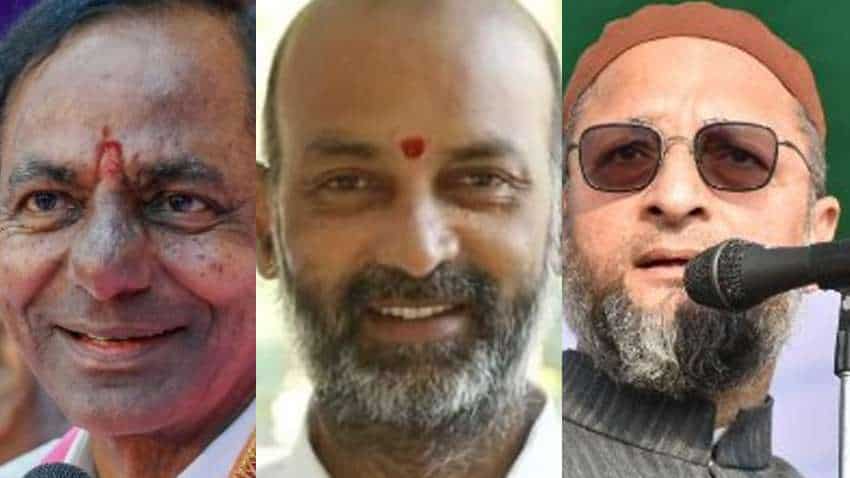 GHMC Election Results 2020: The final results of 150-ward Greater Hyderabad Municipal Corporation (GHMC) election have been declared. The ruling TRS in Telangana has emerged as the single largest party. BJP has emerged as the 2nd one, while AIMIM is at 3rd. Here is  FULL LIST of BJP, TRS, AIMIM, Congress, TDP seats as performed in GHMC Election Results 2020:-

According to political analysts, the decline of Congress and TDP, anti-incumbency towards the TRS government, the aggressive stance of BJP leaders against alleged appeasement politics of TRS are some factors that helped BJP make substantial gains in the Hyderabad civic polls,

BJP emerged as the principal challenger to the ruling TRS in Telangana after its impressive show in the just-concluded Greater Hyderabad Municipal Corporation (GHMC) elections.

The saffron party bagged 48 out of 149 wards (the result of one ward not declared due to a legal issue) in the polls, a sharp rise from the four it had won in 2016.

The TRS secured 55 wards, a major dip from its 2016 tally of 99, though it emerged as the single largest party.

The Asaduddin Owaisi-led AIMIM bagged 44, retaining its hold in the old city of Hyderabad, while the Congress could win only two wards.

The TDP, once a major force, drew a blank.

Counting had to be stopped in Neredmet ward as marks other than the standard Swastik symbol (crossed arrow mark) were in majority.

The Telangana High Court on Friday suspended a circular issued by the State Election Commission (SEC), which allows counting of votes with "distinguish marks" other than the standard Swastik symbol (crossed arrow mark) for the GHMC polls held on December 1.

Hearing a House Motion, Justice Abhishek Reddy, while suspending the SEC's circular, said the ballots which have "distinguish marks" should be kept separately and if they are detrimental to the poll results, the outcome should not be announced.

Though the ruling TRS emerged as the single largest party, the mayoral election depends on the votes that include co-option members such as MLAs, MLCs and MPs belonging to the GHMC area, besides 150 elected members.