GDP Q2FY19: Is there another over 8% growth number in store or is a reality check coming for India? 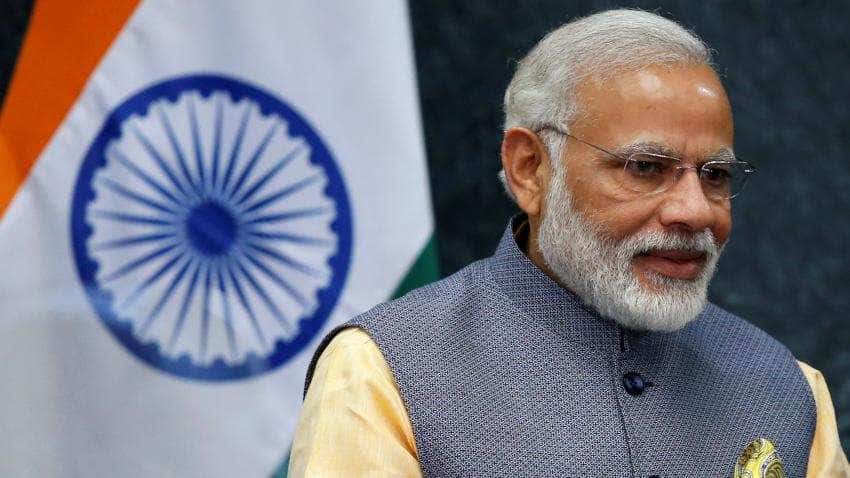 By end of August month, everyone including markets and experts were perplexed by the sudden rise in Indian economy. It was quite unexpected, more like a shock. That is because everyone was at their wits end know how, when and what boosted the country’s economy to such a level that, India’s Gross Domestic Product (GDP) numbers came in at a massive 8.2%, which would mean at a two-year high. The last time India’s GDP posted an over 8% growth rate was in July, 2016 quarter, which was just a quarter ahead of the announcement of demonetisation. Well, notebandi changed the entire face of Indian economy as GDP numbers were thereafter, trapped at a three-year low of 5.7% in June 2017. Prime Minister Narendra Modi led NDA government has taken the Q1FY19 numbers as a sign of their policies being successful and a point to take advantage of ahead of elections. But many still doubted the numbers as the three questions, How, When and What, remained unanswered. Now, once again all eyes are watching the government, which will be presenting the country’s Q2FY19 GDP numbers today. The real question is, will they bounce above 8% growth rate again or is there a reality check in store for India.

According to analysts at Edelweiss Investment Research, key factors that led Q1FY19 numbers were - Employment generating sectors like Agriculture, Manufacturing and Construction sector have contributed significantly to the growth.  Core GVA (excluding Agri and Public Services) grew at 8.1% (y-o-y) indicating strong growth in both Industry and Services.

But even Edelweiss just like every other expert believed that GDP numbers surprised even the optimists.

Hence, let’s find out what India’s GDP numbers for Q1FY19 may well turn out to be.

Teresaa John, Research Analysts at Nirmal Bang said, “We expect India’s gross value added or GVA growth to come in at 7.5% YoY in 2QFY19, while gross domestic product or GDP growth is likely to be at 7.6%. The lead indicators we track have been robust in 2QFY19, despite a slight slowdown in September. Agricultural activity has been largely steady despite erratic spatial distribution of the monsoon, although it is likely to slow from the previous quarter. Industry (excluding construction) is expected to hold up supported by the manufacturing sector, although it may slow from the previous quarter on a high base on account of Goods and Services Tax or GST-related re-stocking.”

Expecting slightly higher GDP numbers, Sumedha Das Gupta , analysts at ICICI Bank said, “Estimates for GDP growth for Q2 FY2019 (July-September) will be released on November 30, 2018. GDP growth is expected to print at ~7.6% YoY in Q2, decelerating on a sequential basis. We believe Q2 FY2019 GDP growth will still be supported and impact of adverse base effects and tightening financial conditions would be visible Q3 onwards. We expect GVA growth to have moderated to ~7.4% YoY from ~8.0% YoY in Q1, led by slowdown in momentum for agriculture and industry. Services sector is expected to clock a sequential improvement. We take a look at how some of the lead indicators for growth panned out in Q2.” 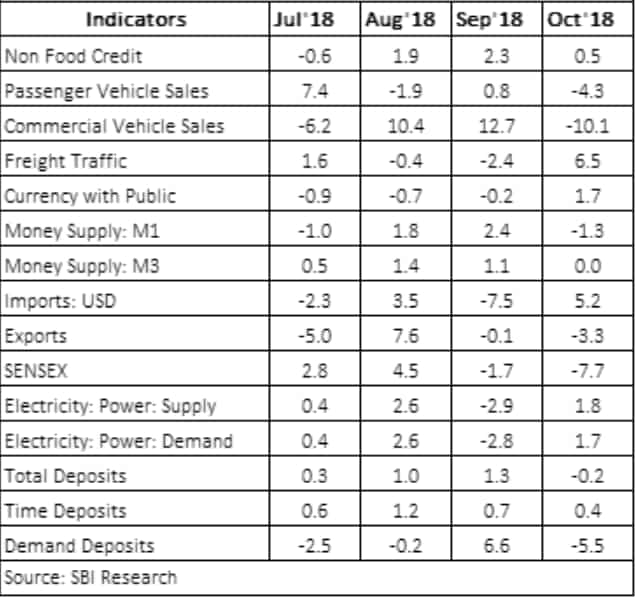 Dr. Soumya Kanti Ghosh, Group Chief Economic Adviser at SBI said, “Consequently, the headline Q2 GVA growth could be 7.3%-7.4%, due to the slowing of rural demand. We also believe that the growth numbers in Q2 will be helped by a weak base in Q2FY18. We estimate that the base impact on Q2 GVA growth is around 30 bps. Based on tax collections, we subsequently expect Q2 GDP growth at 7.5%-7.6% (Q1 at 8.2%).”

Ghosh explained that, commercial vehicle sales, domestic air passenger traffic and cement production has maintained double-digit growth during July’18 to Sep’18. All these indicators pushed up GVA in the Q2 of FY19.

From the above views, one thing is sure the NDA government will not see the glorious over 8% GDP growth this quarter. In fact, Nirmal Bang has even trimmed its Indian economy forecast for entire FY19 fiscal, which indicates growth is slowing down.

John said, “ The impact of the spending cut and a high base is likely to impact growth in 1HFY20. We have consequently cut our GDP growth forecast for FY20 to 7.2% from 7.6% earlier.”

So, a reality check in GDP numbers awaits!