What is hard to believe in the given GDP numbers was the performance of cash-dominated sectors where analysts expected a significant slowdown post demonetisation, but has seen uptick compared to Q2FY17. 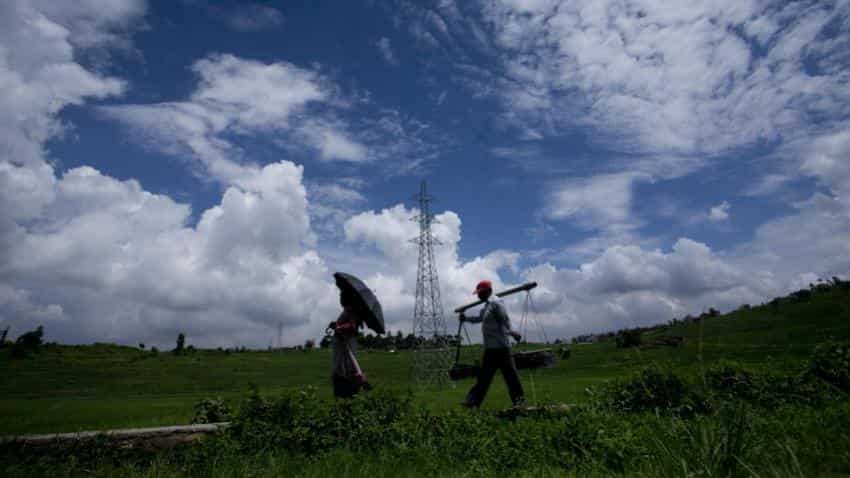 India's third quarter ended December 31, 2016 GDP numbers have raised many eyebrows given the minimal impact of demonetisation drive. Many polls expected GDP numbers to be around 6.4-6.6% or lower while CSO said that the country actually grew at 7% in those three months.

What is hard to believe in the given GDP numbers was the performance of cash-dominated sectors where analysts expected a significant slowdown.

Here is an overview of sectors whose cash sales increased in Q3FY17. 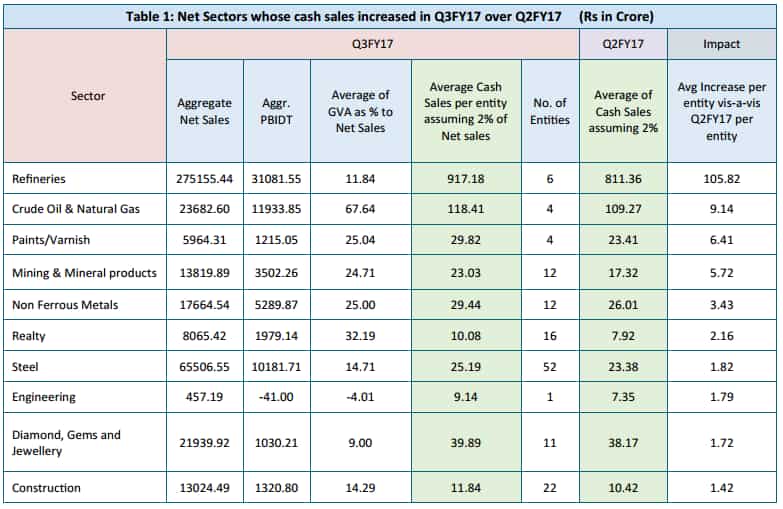 Sectors like refineries, paints, realty, steel, diamond, gems, jewellery and construction are highly cash-driven segment in India. During the time of demonetisation these sectors suffered the most and had to carry their business operations on credit.

However, the above data show that average cash sales per entity of refinery sectors was at Rs 917.18 crore, higher by Rs 105.82 crore compared with Q2.

SBI, in its report said, “ With cement dispatches for January 2017 declining by a whopping 13%, it is not clear how construction activity is reviving in Q4FY17. Similarly bank credit growth is still at Dec 2016 levels.”

Kamalika Das and Niharika Tripathi analysts at ICICI Bank said, “Impact of demonetisation seems to have been limited to sectors such as construction and real estate. The latter is borne out in the dismal outcome of finance, insurance, real estate sector which printed 3.1% YoY. Real estate accounts for a significant proportion of this sector.”

As per SBI, listed entities with more than Rs 100 crore were considered for analysis. But sectors like  Aircraft Transport Service, Banks, Finance, Logistics, Insurance, Hotels, Shipping, Trading, Miscellaneous, IT (Software), Telecom Service, Media (Print, Radio and Television), Healthcare, Entertainment and Gas Distribution were excluded from the study to arrive at manufacturing sector numbers.

Meanwhile, services sector growth slowed down to 6.8% YoY in Q3FY17 primarily driven by sharp drop in financial sector’s growth to 3.1%.

Another surprising factor was the consumption growth in Q3 as it surged to a multi-year high.

According to CSO data, the Gross fixed capital formation (GFCF) in Q3 stood at 5.6% year-on-year (YoY) compared to contraction of 3.1% in Q2FY17.

Analysts at Ambit Capital said, “In Q3, the GFCF data has earmarked a five-quarter high and that of PFCE data has reached to a multi-year high.”

ICICI Bank in its report said, “The demand side growth numbers had its own share of surprises. We were pleasantly surprised by the sharp strength in private final consumption expenditure for Q3 at 10.1%. The rise in farm income and Government support would have aided growth but the pace of increase especially in Q3 is unexpected.”

Dhananjay Sinha and Kruti Shah analysts of Emkay said, “Despite significant revisions in estimates blunting the impact of demonetisation in Q3 numbers, the full year estimate for FY17 at 6.7% YoY is a reasonably lower than projected earlier. Additionally, as the data for informal sector gets incorporated, the final estimates may look even weaker, in our view.”