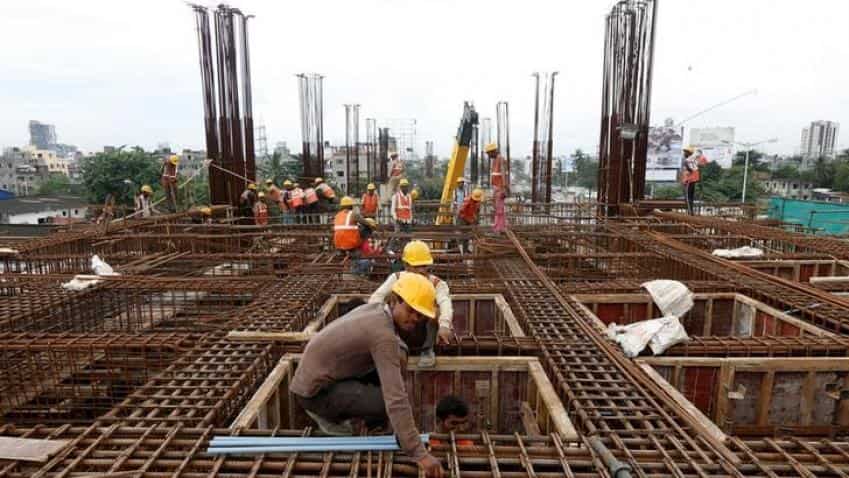 Bhandari said, "It is not the shock that will be prevalent in the long run, however badly demonetisation has implemented.” Image of workers at construction site. Image Source: Reuters

The big debate on whether the government’s bold move of demonetisation has affected India’s GDP in a drastic way was taken up in the conference on consumer sentiments and unemployment rate at Bombay Stock Exchange on Thursday.

Indian economist and director of Indicus Foundation, Laveesh Bhandari said, “Yes, GDP will fall. Big deal. We don’t even know if GDP is 5% or 7% presently. It doesn’t matter. In today’s scenario for a corporate it’s not GDP numbers that is so important. What is important is whether three months down from this torpedo we will see visible growth. It is not the shock that will be prevalent in the long run, however badly it (demonetisation) is implemented.”

At this Rama Bijapurkar, author and leader on market strategies and India’s consumer economy asked Bhandari, “So you are looking long term impacts while the Indian corporates are looking at Quarter to Quarter?

Zeebiz asked Bhandari to justify his comments on why GDP doesn’t matter and his optimism toward demonetisation, he replied, “The black money problem has been eating away into the Indian economy like a termite and so harsh steps had to be taken to remove it. I do believe that this action will also not be enough. It is just one and it will need to be followed by many others but I think it was a great one and it was definitely required.”

Asked if economists like Larry Summers were wrong to say that the government will only be getting ‘petty cash,’ Bhandari replied, “Larry Summers has no idea about India.”

Thomas Rookmaaker, Director in Fitch's Asia-Pacific Sovereigns Group said, "The impact on GDP growth is clearly going to be negative in the short run and depends to a large extent on how long the cash crunch is going to take. A significant decline in the growth number for this quarter is highly likely, but for the fiscal year as a whole the decline may still be relatively moderate. People find inventive ways around the cash crunch as well - there is always the art of jugaad. At the same time, this seems to suggest that demonetisation is a one-off event and is not likely to generate a significant structural shift of activity from the informal to the formal sector."

“It (economy) will be fine because a large part of what this particular shock addresses is the expectations of people and that is what we see in the data (on consumer sentiments). Because what it does tell you is that things are going to get better. Demonetisation addresses expectations more than it addresses many other things. So in the short term there will be problems for people, in the long term it has impacted our expectations to move in a positive manner,” he added.

"We still expect India’s GDP growth to trend higher than China’s in the medium term. In India we expect GDP growth to accelerate in FY2018 on the back of reform implementation, monetary easing of the past year and infrastructure spending, while in China a continued increase in leverage in the broader economy is more and more becoming a burden for growth," Rookmaaker said.

The data published by the survey conducted by Centre for Monitoring Indian Economy (CMIE) and BSE showed consumer sentiments rise in a positive manner to 98.8 during the week of demonetisation implementation and fell marginally the week after to 98.6.

Mahesh Vyas, CEO of CMIE said, “The problem is that we believe that we have disrupted consumption and with that we may have done something more. We have postponed a revival in investments. Now we have to wait for I do not know how long for that (investments) to pick up again.”

"Macroeconomic effects of the cash crunch include a temporary delay of consumption and investment,  disrupted supply chains, farmers being unable to buy inputs, and some loss in productivity due to time lost to deal with cash issues. There are many elements to the demonetisation, which makes it difficult to quantify the impact on real GDP growth and explains the wide range of forecasts by different analysts," Rookmaaker said.

“Two things come out of this – one is that black money will be curtailed, the other is that our government is not scared to take big decisions. And that is one big expectation that has turned sentiments to the positive. Shocks will happen but I do not think this one (demonetisation) will have a negative sustained impact,” Bhandari said.