Ganesh Chaturthi is being celebrated across the country today. It is believed that  Lord Ganesh was born during Shukla Paksha of Bhadrapada month. 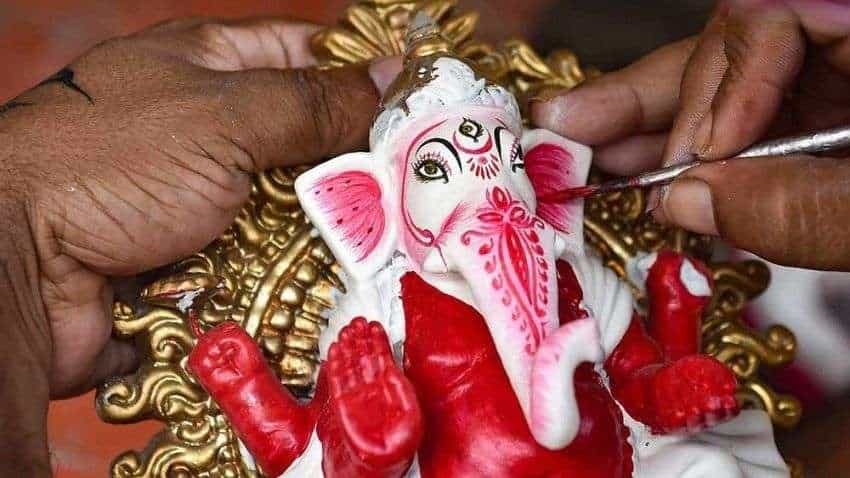 It is believed that  Lord Ganesh was born during Shukla Paksha of Bhadrapada month, as per drikpanchang.com. It has to be noted currently, the Ganesh Chaturthi Day falls in the month of August or September in the English calendar.

The Ganeshotsav, the festivity of Ganesh Chaturthi, ends after 10 days on Anant Chaturdashi which is also known as Ganesh Visarjan day. On this day, the devotees immerse idols of Lord Ganesh after a gala street procession.

As per Hindu time-keeping, the time duration between sunrise to sunset is divided into five equal parts. These five parts are known as Pratahkala, Sangava, Madhyahna, Aparahna and Sayankal. Ganapati Sthapana and Ganapati Puja on Ganesha Chaturthi are done during Madhyahna part of the day and as per Vedic astrology it is considered the most appropriate time for Ganesha Puja.

The Puranic legends say that  Lord Krishna was falsely accused of stealing precious jewel named Syamantaka. After seeing plights of Lord Krishna, Sage Narada informed that Lord Krishna sighted moon on the day of Bhadrapada Shukla Chaturthi and because of that he has been cursed with Mithya Dosha.

Sage Narada further informed Lord Krishna that God Chandra has been cursed by Lord Ganesha that anyone who sighted moon on Shukla Chaturthi during Bhadrapada month would be cursed with Mithya Dosha and would be tainted and dishonoured in the society. On the advice of sage Narada Lord Krishna observed Ganesha Chaturthi fasting to get rid of Mithya Dosha.

On this auspicious day, one can send messages and good wishes to their near and dear ones on WhatsApp. Some of them are as follows:

1) May Ganesh ji destroy all sorrows, tensions and evil from our lives and instead fill them with love, success and happiness. Wishing you all a very Happy Ganesh Chaturthi!

2) May Ganesh ji shower his blessings on you and your family. Ganpati Bappa Morya!

3)  May you always tread on the path of righteousness, as shown by Lord Ganesha. I wish you and your loved ones a very Happy Ganesh Chaturthi.

4) Hoping this Ganesh Chaturthi will be the start of the year that brings happiness for you.

5) May Lord Ganesha shower on you blossoms of love and peace. May the divine grace be with you today and always!

6) Wishing you happiness as big as Ganesh’s appetite life is long as his trunk trouble as small as his mouse and moments as sweet as his laddus Sending you wishes on Ganesh Chaturthi.

7) May the divine blessings of Lord Ganesha bring you eternal bliss and peace,protect you from evil and wrongdoings, and fulfill all your wishes and desires. Happy Ganesh Chaturthi!

8) Wishing a beautiful, colorful and cheerful Ganesh Chaturthi to everyone, May this festive occasion brings along many more smiles and many more celebrations for you.

To send Ganesh Chaturthi 2021 WhatsApp GIFs: Go to your WhatsApp messenger, open it, once open, you will see the GIFs option, click on that and then type 'Ganesh Chaturthi'.

To send Ganesh Chaturthi2021 WhatsApp stickers, All you need to do is go to the Play Store and search for apps like Ganesh Chaturthi WhatsApp stickers or something on similar lines. Download and install apps of your choice from the list of apps that appears in front of you. Once installed, open it and select the preferred stickers and tap on the "Add to WhatsApp" or "+" option.