Tata Group Chairman Emeritus Ratan Tata on Friday called for focus and investment in education and the well-being of millions of Indian youth, who will drive the country's future to ensure the goal of $5 trillion economy by 2024. 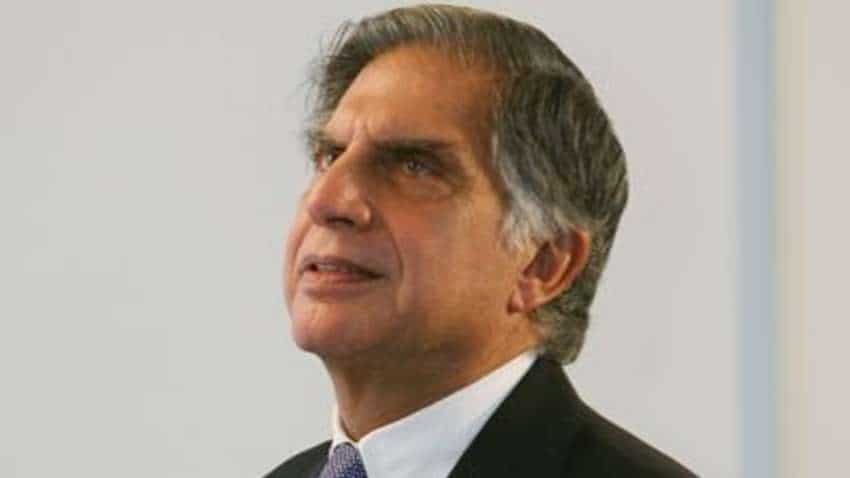 "We must focus and invest in the young citizens of the future." Photo from Twitter of Ratan Tata.
Written By: IANS
RELATED NEWS

Tata Group Chairman Emeritus Ratan Tata on Friday called for focus and investment in education and the well-being of millions of Indian youth, who will drive the country's future to ensure the goal of $5 trillion economy by 2024.

In his address at an event commemorating the 50th year of the Population Foundation of India, he said: "There is no doubt that the future of India will be driven by the young population of more than 370 million people.

"If we are to meet our commitments to achieve population stabilisation and contribute to the national aspirations of $5 trillion economy by 2024, we must focus and invest in the young citizens of the future."

Ratan Tata also stressed the need to create employment opportunities for the youth as well as address the issue of gender discrimination that denies women equal opportunities in every sphere.

On the occasion, he felicitated Rani Bang and Abhay Bang with the first J.R.D. Tata Award for Excellence in Public Service, instituted to mark the PFI's golden anniversary and honouring an individual's contribution to promoting social justice, gender equality, women's empowerment and well-being of the society.

The Bangs, known for introducing the successful Home-Based Newborn Care (HBNC) model to reduce maternal and child mortality in Maharashtra's Gadchiroli and pioneering several initiatives for the youth and adolescents in the state, dedicated the award to the people of Gadchiroli.

"We also dedicate this award to our co-workers who inspire and enable our work," Rani Bang said.

Outlining their vision for public health in India, Abhay Bang said: "The Indian word for health is 'Swa-stha', which is being self-reliant. Hence, our vision is 'Aarogya-Swaraj' which means that people's health must remain in their hands."

PFI Executive Director Poonam Muttreja said that the organisation -- founded in 1970 by a group of industrialists led by J.R.D. Tata and Bharat Ram to support and promote gender-sensitive and people-friendly population, health and development programmes and policies -- is committed to giving youth knowledge and resources to help them make the right choices about their health and well-being, thereby ensuring that they become a powerful driving force of change.