Future belongs to those who innovate: Netanyahu to India Inc

"The future belongs to those who innovate," Netanyahu said in his opening remarks at a power breakfast with top corporate honchos at the iconic Taj hotel overlooking the Arabia Sea. 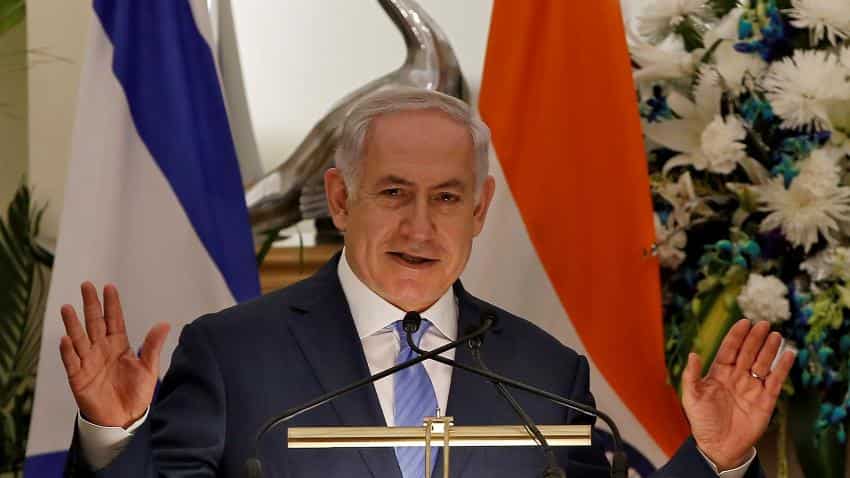 "The future belongs to those who innovate," Netanyahu said in his opening remarks at a power breakfast with top corporate honchos at the iconic Taj hotel overlooking the Arabia Sea.

"It is very, very crucial today for you and your Israeli counterparts to meet up, because the future belongs to those who innovate," Netanyahu said at the first of his numerous assignments for the day as he wraps up his four-day India visit.

"Innovation doesn't happen by itself. Some of it does. But it can be nurtured, it can encouraged. It also can be discouraged. The job of governments like that of Prime Minister Modi and my own government is to facilitate your competitive advantages and ability to innovate," he said.

The partnership between Israel and India is doing wonders, the Israel prime minister said.

"It is on the level first of a deep personal friendship between Prime Minister Modi and myself," he said.

"In addition, there is a partnership of genuine sympathy between our people. And that is not obvious. Our two civilisations are very old and we have not met each other in real sense.

"There is an instant chemical reaction of tremendous solidarity and identification and I see it in my Facebook followers. They haven't changed the algorithm yet and I see it very very strongly. We see it when we walk the streets, the responses that we get here. And Indian citizens, when they come to Israel, they can see it. It is powerful," he said.

"So it is leaders. It is people. But I think the most important thing is to have it among business leaders and technological leaders and entrepreneurs like yourself. This is the cherry on the pie! What a cherry! I thought we will discuss the cherry," Netanyahu said.