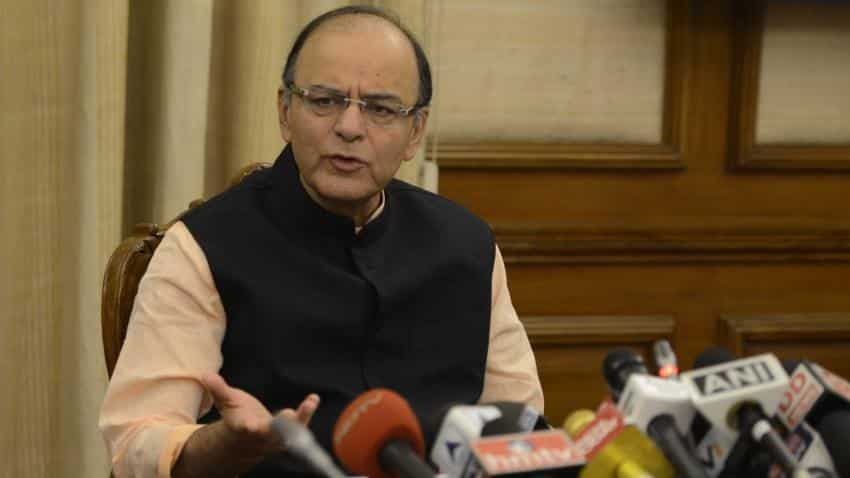 Finance Minister Arun Jaitley while addressing the media talked about the remonetisation and its impact.

Just two days before the deadline of depositing old notes in banks, Jaitley hailed the whole demonetisation move and thanked people for their support.

Here's the full text of his speech:

On the November 8, the Prime Minister had asked for the country to support him notwithstanding several inconveniences being suffered by people during the demonetisation period.

We are extremely grateful to the people of India who have in very large measure supported the move. The remonetisation process has substantially advanced and what is significant is not a single incident of any form of unrest has been reported in the country.

The RBI has very large amounts of curreny available and it will continue to support the market to the extent that the market needs that kind of liquidity.

Amongst the currency which was in circulation on November 8, a very large part has already been replaced and would continue to be replaced to the extent that market requires that currency.

More and more notes of Rs 500 are also being released through the banking and post offices and therefore we can see a lot of currency coming into recirculation which is enabling the banking system and the ATMs to further augument the supply itself.

The ability of the banks to lend has now increased. the revenue figures itself are more significant. We have till December 19, the direct tax figures of income tax which are now available and the net increase in the income tax so far has been to the extent of 14.4% and if one factors in very large qunatums of refunds because these days refunds are also made immediately, the net increase is 13.6% till 19th of December.

The indirect tax figures are also available and not withstanding what the critics had predicted in all the categories till November 30 there is a significant increase in indirect taxation. In the central indirect taxes, the increase is 26.2% till 30th November. And this include excise duties increasing by 43.5%, service tax increasing by 25.7% and customs duties by 5.6%.

We have also tried to check up the figures for the month of November which could have been adversely impacted on account of the currency replacement compared to the November of 2015. On the year to year basis, the November of 2016 all the three indirect taxes, the collection is much high.

We have also been trying to look at the figures of state governments for the acutal month of November which would be reported by the state governments only towards end of December. The increase or decrease is not very significant and in several areas which could have been impacted because of this move; For example in the field of agriculture, because we were also concerned that we should not cause any distress in the rural areas, the Rabi sowing ,overall for all crops, is 6.3% higher than the last year.

Of course there would be areas which would be adversely impacted, but what was predicted by the critics has to have rationale with the revenue collection. Assessment can be unreal but revenue is real. And therefore many of these indicate that now with the critical part of the remonetisation already behind us, and there being significant impact in large number of these areas, it should certainly be much better in the weeks and months to come than it was in last six weeks.