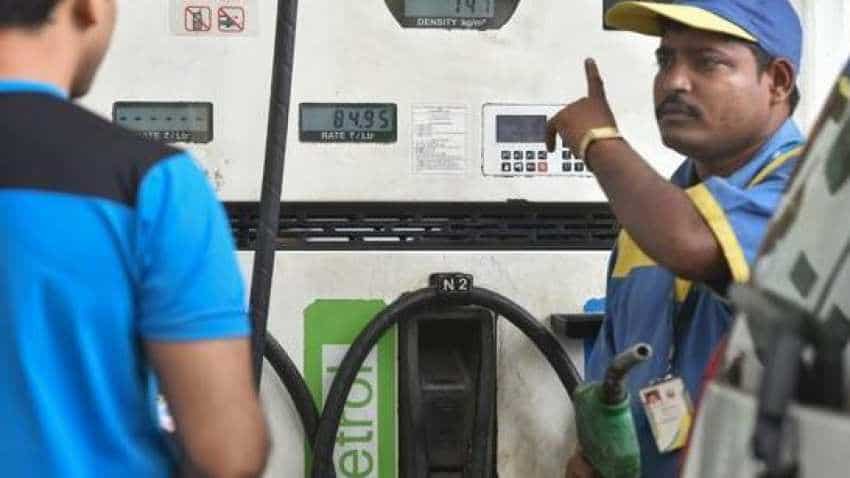 The crude oil prices witnessed a minor recovery amid hopes of trade talks between the US and Chinese officials in Beijing. PTI

One day after the OMCs increased the rates on Monday due to recovery in crude globally, petrol and diesel prices were unchanged on Tuesday due to rise in international crude oil price. In the National capital Delhi, petrol is selling at Rs 68.50 and diesel is available at Rs 62.24, no change against yesterday's price. In the business capital, Mumbai, the petrol is available at Rs 74.16 while diesel price is set at Rs 65.12 per litre. In the NCR, in Noida, petrol price remained same at Rs 69.79 and diesel price at Rs 61.93. In Gurugram, petrol, diesel prices remained unchanged at Rs 69.82 and Rs 62.54 respectively.

The crude oil prices witnessed a minor recovery amid hopes of trade talks between the US and Chinese officials in Beijing. The positive hopes on a fullstop to trade war among two biggest economies. While OPEC-led supply axing also affected markets.

As the fuel prices have corrected over 18 per cent since June 2018, the commuters continue to get relief. It may be noted that retail fuel prices depend on 15 day average of both international crude price and rupee-dollar exchange rate. However, international Brent crude futures were at $57.43 per barrel, up 10 cents, or 0.1 percent from their last close.