Union Finance Minister Nirmala Sitharaman has said that prices of domestic petroleum products depend on international oil rates and both the Centre and states have to together handle the issue of their rising cost. 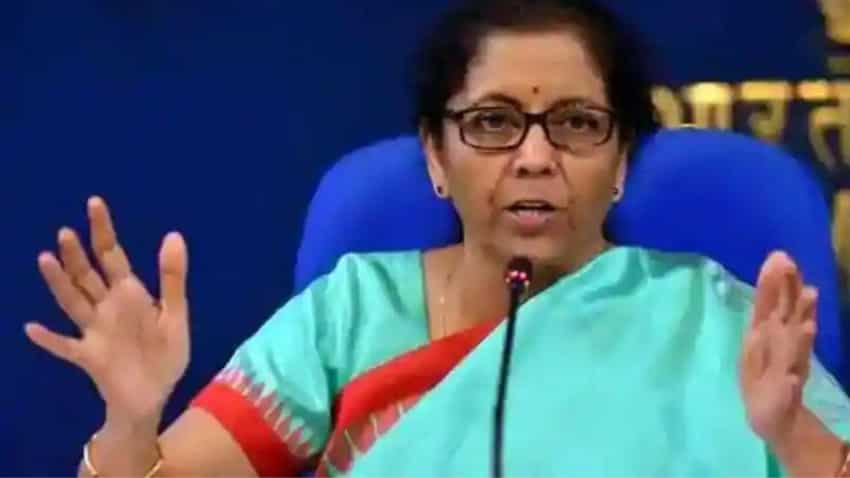 Sitharaman said India had to import almost 99 per cent of its petrol and diesel requirements. Source: PTI

As fuel prices surged to all-time highs on Tuesday, Union Finance Minister Nirmala Sitharaman said prices of petroleum products in the country depend on international oil rates and both the Centre and states have to together handle the issue of their rising cost.

Addressing a press conference at the Chhattisgarh BJP office Kushabhau Thakre Parisar here, she said prices of petroleum products in India, a big consumer of these imported items, depend on their prevailing rates in the global market.

Hence, both the Centre and states have to handle the fuel issue together as they impose taxes on oil products, Sitharaman said.

She was replying to a question about the rising prices of petrol, diesel and cooking gas in the country.

Sitharaman said India had to import almost 99 per cent of its petrol and diesel requirements.

“Duty and tax on petrol and diesel are not levied only by the Centre. If we use 100 litres (of petrol or diesel), we have to import 99 litres out of it from abroad. According to oil rates abroad, prices (of fuel products) are fixed here.”

"When rate in the (global oil) market changes, it also affects us. The Centre imposes a fixed amount as tax and not the value-added tax (VAT). But state governments levy VAT (on petrol, diesel),” she said.

Petrol and diesel prices on Tuesday surged to all-time high levels as rates were increased again after international oil prices hit the highest mark since 2014.

Petrol price was hiked by 25 paise a litre and diesel by 30 paise, according to a price notification of state-owned fuel retailers issued in New Delhi.

Prices differ from state to state depending on the incidence of local taxes.

The sixth increase in fuel rates in a week''s time has sent petrol prices above Rs 100 in most major cities of the country.

Similarly, the ninth increase in prices in less than two weeks has taken diesel rates above Rs 100 mark in several cities in Madhya Pradesh, Rajasthan, Odisha, Andhra Pradesh and Telangana.

International oil prices rallied to a near seven-year high following a decision by OPEC+ to maintain its planned gradual increase of supply, despite the market facing an energy crunch.

Global benchmark Brent jumped to USD 81.51 per barrel, while West Texas Intermediate rose to USD 77.76 a barrel. Being a net importer of oil, India prices petrol and diesel at rates equivalent to international prices.

Know which STOCKS should be on your watchlist today, TRIGGERS for market in general and more - Check the LIST