The Food and Drug Administration (FDA) has approved more than 30 new medicines since January, but at least five drugmakers including Bristol Myers Squibb, Sanofi, Neurocrine Biosciences, Endo Pharmaceuticals and Aimmune have changed their launch plans. 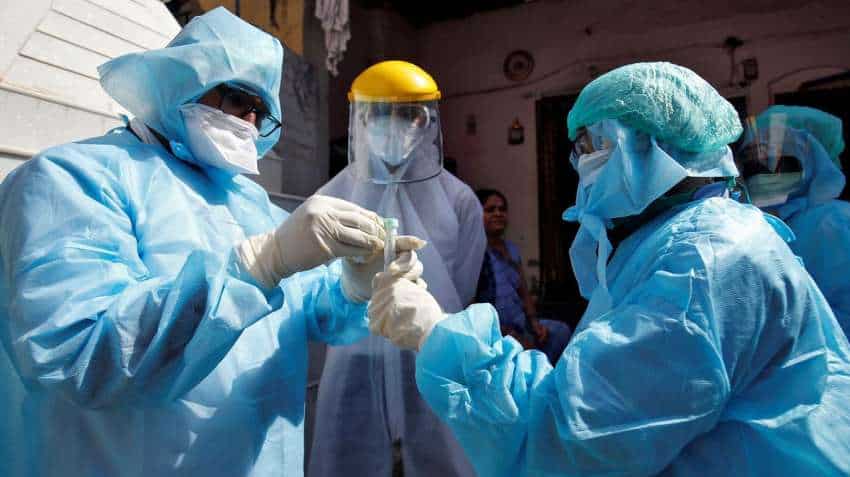 Treatments for peanut allergy and Parkinson`s disease are among U.S. drug launches that have been postponed by the COVID-19 pandemic as drugmakers struggle with disruptions to business, Photo: Reuters
Written By: Reuters
RELATED NEWS

Treatments for peanut allergy and Parkinson`s disease are among U.S. drug launches that have been postponed by the COVID-19 pandemic as drugmakers struggle with disruptions to business, a Reuters review of filings and interviews with executives show.

The Food and Drug Administration (FDA) has approved more than 30 new medicines since January, but at least five drugmakers including Bristol Myers Squibb, Sanofi, Neurocrine Biosciences, Endo Pharmaceuticals and Aimmune have changed their launch plans.

More may be delayed as authorities battle to control a pandemic that has already claimed more than 125,000 U.S. lives.

"We don’t believe there will be any kind of `new normal` until there are effective (COVID-19) vaccines," said Barry Greene, president of Alnylam Pharmaceuticals Inc, which makes treatments for genetic disorders.

"We are going to be in this interesting world for quite a while."

Launching drugs is an expensive and complicated process that includes sales representatives talking to doctors, coordinating supplies and treatment with pharmacies and clinics, and advertising campaigns - many of which have become harder during lockdowns or other restrictions to tackle the pandemic.

Delays altogether could cost companies over a quarter of the originally estimated more than $1 billion in 2020 sales for the products approved by the FDA since January, according to a Reuters estimate based on company and analyst sales forecasts.

Hold-ups are mainly affecting treatments for diseases that are less acute, or less profitable for drugmakers, as the industry prioritizes its most promising new medicines.

"Clearly diseases that are less severe will have more impact to sales," Eli Lilly Chief Executive David Ricks said in an interview.

NEW WORLD
"The sooner we get a new option, the better," said Rachel Dolhun, vice president of medical communications at the Michael J Fox Foundation, an advocacy group for patients with Parkinson`s disease. There are already Parkinson`s drugs, but they don`t work well on all patients, she said.

The first U.S.-approved treatment for peanut allergy, Palforzia from Aimmune, was put on hold after COVID-19 stalled its launch in March. The launch of multiple sclerosis medicine Zeposia was delayed by Bristol Myers Squibb by about three months before the company launched it in June.

For a list of affected drugs see FACTBOX.
Neurocrine Chief Executive Kevin Gorman said in an interview that many neurologists had been redirected to fighting the pandemic, leading to delaying Ongentys until later in 2020. The delay to Palforzia, Aimmune`s sole approved drug, means the company will not generate any revenue until later this year, prompting it to halt new hires in a bid to preserve its $370 million of cash. "We assume that there is some kind of return to normal some point this year and that the launch will actually take place in late summer, early fall, and that we will start to generate revenues from then on out," said Eric Bjerkholt, Aimmune`s chief financial officer, during an investor call.

Around half a dozen more drugs are scheduled to be reviewed by the FDA in the coming month, including Ultragenyx Pharmaceutical Inc`s therapy for a group of genetic disorders and Endo`s skin-treatment Xiaflex, which it said it would delay launching until later in the year.

But their prospects may depend in part on the progress of the pandemic.

Prescriptions across the board have fallen as doctors offices have closed for non-emergency business, and the process of approving treatments for patients could also slow down. For some products, "every patient requires reams of prior authorizations and lots of tests to be done, and lot of paperwork to be shared. In the old world, that was hard. In this world, that would be impossible," said Alnylam`s Greene.