From opening bank account to getting a mobile number, 10 places where Aadhaar is required 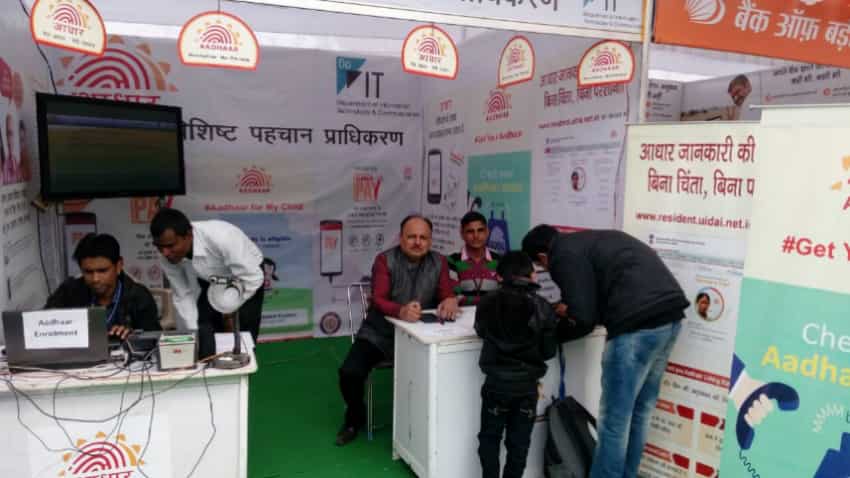 Though the legal battle with Supreme Court has ended, the government is expanding the use of Aadhaar with each passing day.

The issue raised considering the privacy threat. On August 24, Supreme Court in a ruling on the Right to Privacy, protected it as a fundamental right under the constitution.

Before that in July, the nine-judge bench of the top court had asked Unique Identification Authority of India (UIDAI) to explain how a chapter was dedicated to privacy in the Aadhaar law if it was not a fundamental right.

The matter came into limelight after the government made Aadhaar Card mandatory for filing Income Tax Return and applying for Permanent Account Number (PAN).

Since then, Aadhaar is getting more importance as the government wants to check any malpractices in the system and linking all financial transactions to the universal Aadhaar Id.

If you still do not have one, we tell you 10 places where this unique ID is required:

1. Income Tax Return (ITR) filing and applying for Permanent Account Number (PAN): The government has made it manadatory to link Aadhaar with PAN. And, PAN is an important document to file ITR. Till now, Aadhaar was an optional document while filing the tax returns. Also, even for applying for PAN, Aadhaar is now required.

2. Opening bank accounts: Effective from June 1, 2017, government on June 16 in a notification had said that in order to amend the provisions of Prevention of Money Laundering Act (PMLA), Aadhaar number was necessary to open bank account as well as for any financial transactions over Rs 50,000.

3. For LPG subsidies: Last year in October, the government had made Aadhaar mandatory for availing cooking gas (LPG) subsidies but had given two months grace period for citizens to get the unique identification number.

4. For pension payments under Pradhan Mantri Atal Pension Yojana: To get benefits under government's Atal Pension Yojana, the subscribers need to provide Aadhaar. The seeding of Aadhaar with the pension account as well as the savings account from which periodically the amount towards the scheme are being debited is compulsorily. Also the co-contribution of an amount upto Rs 1000 shall be made by the government only to those accounts which are seeded with aadhaar.

5. For Mutual Funds: The government and Securities Exchange Board of India (Sebi) has made mandatory for mutual fund houses to get investor's Aadhaar number and link the same to their respective accounts as per Prevention of Money Laundering Act (PMLA) Rules, 2017.

7. Central Sector Scholarship Schemes: As per Ministry of Social Justice & Empowerment, Aadhaar is mandatory for Pre-matric, post-matric, fellowship, coaching facilities, overseas scholarship for disabled, all allowances to those with disabilities such as tuition, transport maintenance and others.

8. Sarva Shiksha Abhiyan: Ministry of Human Resource Development has made Aadhaar mandatory for children between the ages 6 to 14 for Sarva Shiksha Abhiyan benefits such as textbooks and uniforms. Other provisions of the act intended to benefit children include opening new schools, expanding existing ones, providing toilets and drinking water and teacher training.

9. Mobile Number: After Supreme Court's order in February that all phone numbers in India should have verified users, Department of Telecommunications (DoT) in the month of March directed all operators to re-verify existing customers, prepaid and postpaid, using their unique Aadhaar identity number and biometric details.

The deadline for all mobile service providers to get Aadhaar linked to respective mobile numbers was specified as early next year. “Any unverified mobile phone number, or any number that is not linked to Aadhaar, will be illegal after 6 February 2018," a media report stated.