From Holi to Holi, Rakesh Jhunjhunwala got richer by 38% with this stock: Guess what? The best is yet to come

This jewelry maker is among the most preferred stock in its sector, due to its key dominance and demand. Take note, Jhunjhunwala’s nearly half of the wealth comes from Titan’s gain. 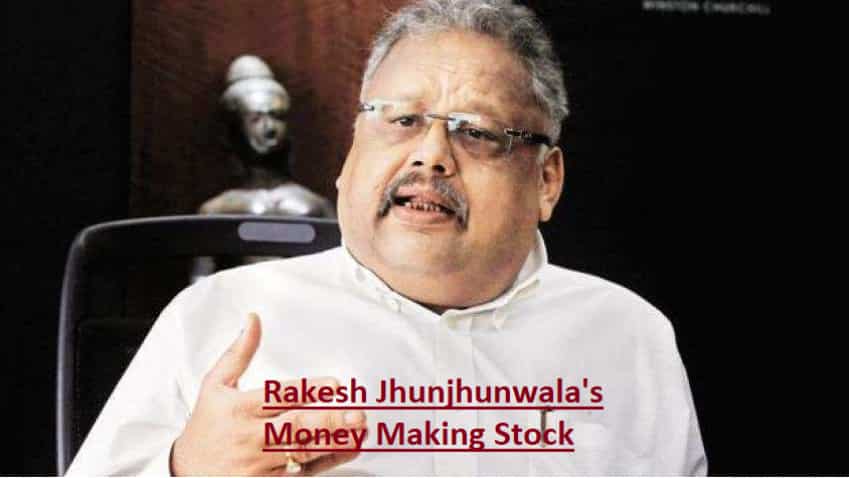 Titan did not disappoint its highest investor Jhunjhunwala, as from last Holi till current one, the stock has jumped by nearly 38%. Photo: Reuters
Written By: ZeeBiz WebTeam
RELATED NEWS

The festival of colors is here, as citizens across India celebrate Holi on Thursday with family and friends. Holi is also popularly referred as festival of spring and a good harvest season. Well, the harvest has also been good in Dalal Street king Rakesh Jhunjhunwala’s portfolio on stock exchanges. In fact, all Jhunjhunwala need is one stock to continue its upward trend, and remaining losses still can be pared. By this, we are talking about the big bull’s most favourite stock - Titan. This jewelry maker is among the most preferred stock in its sector, due to its key dominance and demand. Nearly half of Jhunjhunwala’s wealth comes from Titan’s gains. What is interesting is to note that Titan did not disappoint its highest investor Jhunjhunwala, as from last Holi till current one, the stock has jumped by nearly 38%.

Last year, Holi took place between March 01 and March 02. Back then, Titan was trading at nearly Rs 810-level. And on March 20, 2019, Titan made its most blockbuster performance, by touching an all-time high of Rs 1,115.50 per piece on Sensex. With this, just one day before Holi, Titan gave Jhunjhunwala a gift by rising nearly 38% in 1-year’s time.

Interestingly, Titan showed a stellar performance not only in share price but also in Jhunjhunwala’s portfolio. This is despite, the big bull reducing his holding by 0.04% in Titan during Q3FY19.

Going forward, what you must know is that, this is just warming up from Titan’s end. Experts have further given buy rating on Titan and are quite optimistic on the company’s module.

Broking firm Sharekhan in its research note says, “Titan is one of the top retailers with a strong presence in discretionary categories such as jewellery, watches and eyewear. A huge retail footprint - two million sq. ft. of retail space across ~1,600 stores - and a portfolio of strong brands make it a leading brand in most of the segments.”

Further, it explained that, Titan’s jewellery business is expected to grow in double digits on account of sustained launch of new collection, expansion in domestic footprint (retail space expanded by 1.7x), shift of consumers to trusted brands after demonetisation and implementation of GST and strong growth in diamond jewellery. The company expects jewellery revenue to grow by 2.5x by FY2022.

As the discretionary environment improves and demand for branded jewellery rises, Sharekhan says, “Titan is well poised to achieve double-digit revenue and earnings CAGR of 15% and 20%, respectively, over FY2018-FY2021.”

Finally Sharekhan added, “With a lean balance sheet (debt:equity at 0.1x) and a strong financial background, Titan is one of the best retail plays among peers. Being a Tata Group company, it has strong parent support. With improving discretionary environment and rising demand for branded jewellery, Titan is well poised to achieve double-digit revenue and earnings CAGR of 15% and 20%, respectively, over FY2018-FY2021. We have a Buy recommendation on the stock.”