From cash transaction limit to one-form ITR process, this is how your new FY18 will be

From today, Indian Railways will roll out a new Vikalp scheme, under which wait-listed passengers can get an option to travel in premium trains like Shatabdi and Rajdhani. 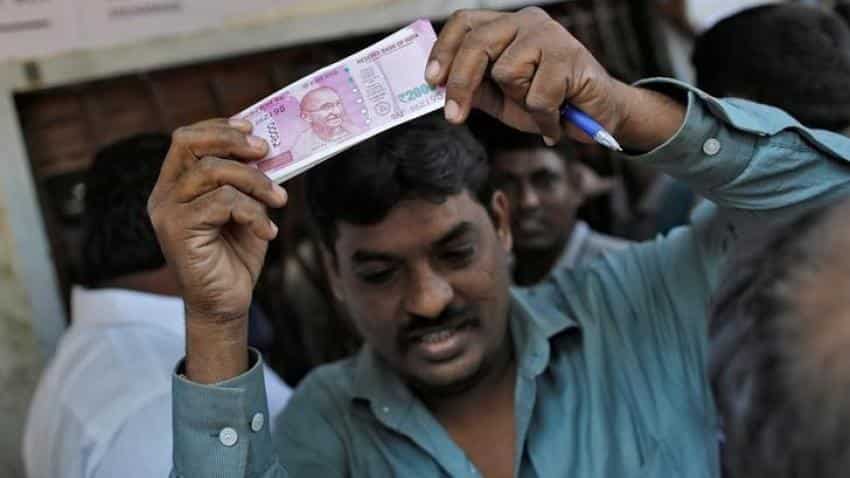 Financial year for the year 2017-2018 has begun from today. Last fiscal witnessed sea of changes in corporate sector. From cash transaction limit to mandatory Aadhaar Card, a lot has been announced by the government.

Here's a list of changes which will be effective from today:

1. Cash transaction limit: In order to curb blackmoney in the country, the government announced that cash transactions will now be limited to up to Rs 2 lakh. The new rule is effective from today.

In February, Finance Minister Arun Jaitley while presenting the Budget for FY17-FY18, had said that the restriction will be for cash transaction up to Rs 3 lakh. But, later on March 22, the government tightened the limit to Rs 2 lakh.

2. Aadhaar Card: To file the income tax returns in the new fiscal, the government has made Aadhaar Card mandatory. Till now, the disclosing Aadhaar number was optional.

Moreover, the Aadhaar card will also be necessary while applying for permanent account number (PAN).

For the rest of the tax slab remained unchanged. Which means, the tax rate for the individual earning between Rs 5 lakh to Rs 10 lakh will be liable for 20% tax rate. Also, for the income above Rs 10 lakh, 30% of tax rate will be levied.

4. Income Tax Return filing: To simplify the filing of Income Tax Returns, Central Board of Direct Taxes (CBDT) notified the designing of one page ITR. "ITR Form-1(Sahaj) can be filed by an individual having income upto Rs 50 lakh and who is receiving income from salary one house property / other income (interest etc.)," CBDT said.

This will reduce the compliance burden to a significant extent on the individual tax payer. This initiative will benefit more than two crore tax-payers who will be eligible to file their return of income in this simplified Form, Ministry of Finance said in a release.

5. GAAR Tax: In January, CBDT had announced that legislation against tax avoidance GAAR will kick in from April 1.

General Anti-Avoidance Rule (GAAR) was part of the 2012-13 Budget speech of the then Finance Minister Pranab Mukherjee to check tax evasion and avoidance.

However, its implementation was repeatedly postponed because of the apprehensions expressed by foreign investors.

However, till March 31, to exchange the old note facility was available for NRIs and till December 31, the exchange window was oopen for Indians. But, from today, the facility has been closed for everyone.

With this merger, the total customer base of the Bank willreach 37 crores with a branch network of around 24000 and nearly 59000 ATMs across the country, the bank said in a release.

8. BS IV norms: The Supreme Court (SC) on Wednesday banned the sale of Bharat Stage (BS) III vehicles from April 1 onwards. The apex court passed the judgment that vehicles not compliant with BS IV norms will not be sold from today.

9. Vikalp scheme: From today, Indian Railways will roll out a new Vikalp scheme, under which wait-listed passengers can get an option to travel in premium trains like Shatabdi and Rajdhani.

As of now, the scheme will be available in online bookings and later extended to counters. Under this scheme, waitlisted passengers can get confirmed berths in the next alternate train if they opt for it while booking their tickets. There would be no extra charges or any refund provided for the difference of fares.

10. End of Reliance Jio offer: The free offers which Reliance Jio was offering from past six months has now come to an end. However, on the last date of the  Jio Prime subscription membership, Reliance Jio Infocomm Ltd (Jio) announced the extension of the offer and said that it has garnered over 72 million paid subscriptions for Jio Prime.

For the first recharge of Rs 303 and the one-time payment of Rs 99 the company has extended the deadline till April 15.

Mukesh Ambani, Chairman, Reliance Industries, said, "Customers who could not enrol for JIO PRIME by 31st March for whatever reason can still do so by paying Rs 99 along with their ﬁrst purchase of Jio’s Rs 303 and other plans till 15th April.”

For taxpayer with income up to Rs 5 lakh, the penalty is restricted to Rs 1,000.