Free LPG scheme: Over 3.6 crore poor women have been given free LPG connections since June 2015. While the Rs 1,600 cost of LPG connection is borne by the government, the cost of buying LPG stove and refill (gas cylinder) was to be borne by the beneficiaries. To help poor, oil firms provided interest-free loan to fund the cost of LPG stove and refill to beneficiaries 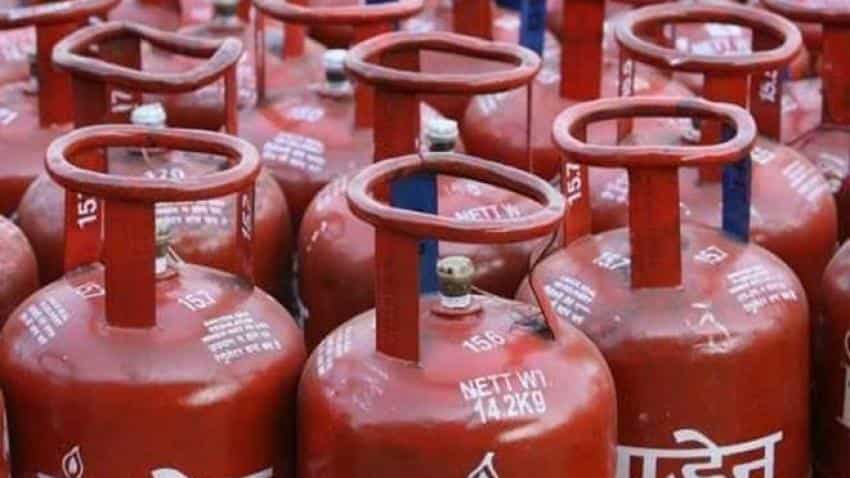 Ahead of polls, government-owned companies today decided to defer recovery of loans that free-LPG connection beneficiaries had taken for buying cooking gas refills. Over 3.6 crore poor women have been given free LPG connections since June 2015. While the Rs 1,600 cost of LPG connection is borne by the government, the cost of buying LPG stove and refill (gas cylinder) was to be borne by the beneficiaries. To help poor, oil firms provided interest-free loan to fund the cost of LPG stove and refill to beneficiaries. "Keeping in line with the spirit of Pradhan Mantri Ujjwala Yojana (PMUY) scheme and the country's goal to achieve universal LPG penetration by 2022, oil marketing companies (OMCs) have announced today to defer recovery of loan amount from Ujjwala beneficiaries for next 6 refills starting from April 1, 2018," Indian Oil Corp (IOC) said in a statement.

While the statement did not give the reason why the loan recovery has been deferred or the cost of such a decision, industry watchers said most Ujjwala beneficiaries were not willing to buy refills after getting a free connection and without the loan the scheme would have all but failed. Now with elections in states like Karnataka months away, loan recovery has been deferred. IOC said about 70 per cent of the PMUY customers availed interest free loan facility provided by OMCs towards financing LPG stove and/or first LPG cost. To recover the loan, the oil companies were pocketing the subsidy government gives to all LPG consumers. "Under the scheme, OMCs are recovering the subsidy amount provided on subsequent refills from beneficiaries who have taken loan and adjusting the same towards the repayment of the loan. Hence 70 per cent Ujjwala beneficiaries purchase refills at market price until their loan is paid back," IOC said.

"Paying the market price for the initial few refills is an additional hurdle that was coming in the way of their shift towards cleaner fuel, resulting in periodic slips back to biomass," it said. Giving details of the deferment of loan recovery, IOC said the scheme shall be applicable for all the existing PMUY LPG connections who have taken loan for stove and/ or first LPG cost from OMCs. All PMUY customers who have outstanding loan as on March 31, 2018 will have a deferred recovery of the outstanding amount up to 6 LPG refills. "All new consumers who will be enrolled after April 1, 2018 will also have a deferred recovery of the outstanding loan amount up to 6 LPG refills," it said. The company said the loan deferment scheme, along with other initiatives such as PM LPG Panchayats (peer learning platforms to support behaviour change in Ujjwala beneficiaries) will boost the LPG refill consumption by PMUY customers and provide a window for the benefits of cleaner fuel to become visible. This shall also provide a big push to the country's progress towards Sustainable Development Goals.

IOC said while getting an LPG connection is a one-time decision, "getting a refill is a decision that is to be made afresh every month or so taking into account several factors including any emergency expenditure that the family needs to prioritise."
Last month, the government raised the target of providing free cooking gas connection to poor women households to 8 crore from previously stated 5 crore. The Pradhan Mantri Ujjwala Scheme was launched in May 2016 with a target to give 5 crore LPG connections in three years. Already, 3.6 crore connections have been given. Under the Pradhan Mantri Ujjwala Yojana, the government provides a subsidy of Rs 1,600 to state-owned fuel retailers for every free LPG gas connection that they install in poor rural households without one.
This subsidy is intended to cover the security fee for the cylinder and the fitting charges. The beneficiary has to buy her own cooking stove. To reduce the burden, the scheme allows beneficiaries to pay for the stove and the first refill in monthly instalments. However, the cost of all subsequent refills has to be borne by the beneficiary household.