To get the benefit of free Delhi Metro ride scheme announced by Delhi government, women may have to get pink tokens from Metro stations 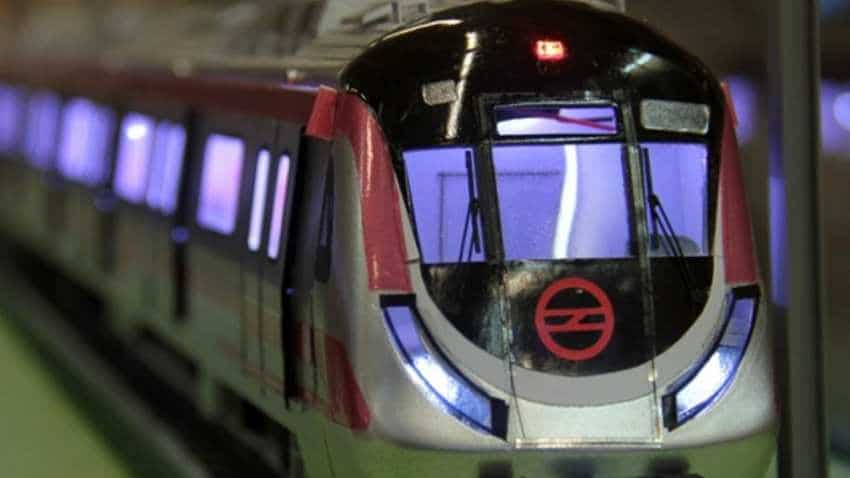 The Delhi CM has promised his government will provide subsidy (approx: Rs 700-800 crore) to implement the scheme within 2-3 months. Image source: DMRC

To get the benefit of free Delhi Metro ride scheme announced by Delhi government, women may have to get pink tokens from Metro stations, a Hindustan Times report today said. The report quoted Delhi transport minister Kailash Gahlot as saying that the government and Delhi Metro Rail Corporation (DMRC) have drafted an initial plan to implement the scheme. Gahlot said that issuing pink tokens would likely be a short-term measure while, in the long-term, women may be issued pink cards. DMRC may also have to add a few more entry/exit automatic fare collection (AFC) gates at the stations for the smooth implementation of the scheme.

The report also quoted a metro official as saying the free ride scheme won't mean that women would be able to just walk into a metro train without a card or a token. Women wishing to avail the benefit of the scheme would be asked their destination by the ticketing staff. The latter would then top up the token with the requisite amount. The cost incurred for the implementation of the scheme would be likely paid in advance to DMRC by the Delhi government, the official said.

On Monday this week, Delhi Chief Minister Arvind Kejriwal announced his government's decision to make the daily commute for women in public transport buses and Metro trains free. The move was decried by the Opposition as "populist" and aimed at misleading the people ahead of Delhi assembly elections due early next year.

The Delhi CM has promised his government will provide subsidy (approx: Rs 700-800 crore) to implement the scheme within 2-3 months. "Delhi Metro is on board. I have asked for a detailed report from them in seven days," Kejriwal told a press conference.

On Thursday, Union Minister Hardeep Singh Puri took a swipe at Kejriwal, saying the chief minister has announced the proposal of providing free-ride to women in buses and Metro without making any proposal.