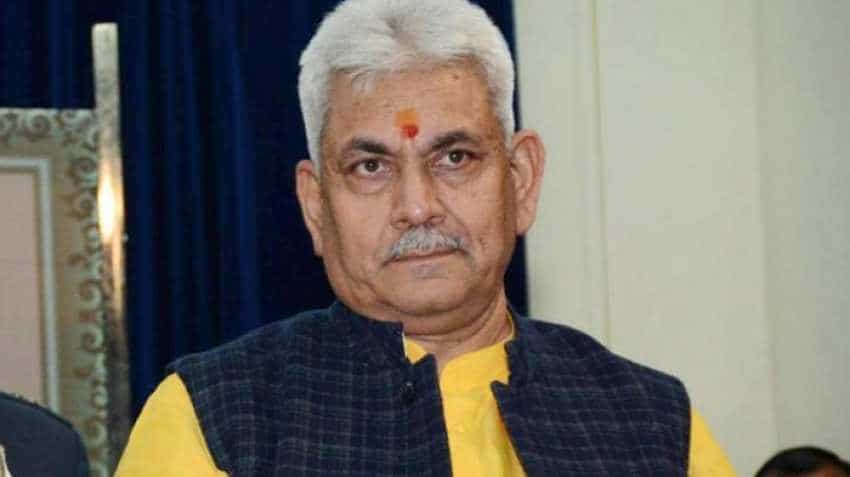 "Now I should address you as Digital Communications Regulator," Sinha told Trai Chairman R S Sharma from the dais at the Annual General Meeting of telecom infrastructure body TAIPA.

When asked from when the new name of Trai, Digital Communications Regulatory Authority of India, will be effective, Sinha said, "It will be done soon".

The minister earlier in the day shared change in name of Telecom Commission-- apex decision-making body at the Department of Telecom, to Digital Communications Commission.

At the event Sinha said telecom infrastructure have played a vital role in the development of telecom market in the country by "enabling rapid rollout of towers from mere 1 lakh in 2006 to 4.71 lakh currently".

He said that the new policy, National Digital Communications Policy 2018, addresses the growing need of telecom sector in the country.

He said that as a nation while we are transporting data, and 93 per cent of it is done on wireless networks.

"That is why telecom infrastructure is important. Therefore it is appropriate that we put together all our efforts, if you want to be ready for 5G, you need to put massive infrastructure," Sharma said

TAIPA Chairman Akhil Gupta said that 5G infrastructure will require hundreds and thousands of more towers. Many of them will be small cell.

He requested the minister to convene a high-level conference of ministers and IT secretaries of state.

"We are still being treated as cash cows by many local authorities. If this can be changed...That would enable us smooth rollout of infrastructure," Gupta said.

Department of Telecom Special Secretary N Sivasailam asked industry to provide GIS location of optical fibre for it to be given legal protection.

"There are no Right of Way charges what we charged is restoration charges. We take permission for 3 feet but dig 4 meters that is where the problem lies," Sivasailam said.

He said that when states raise integrity question, the DoT becomes speechless.

"States are going to gain most from RoW but once you destroy their property we don't have any moral right," Sivasailam said.