Forget scenes like DDLJ at Indian Railways stations! Start practising this to get onboard

Over a decade since the release of Shah Rukh Khan - Kajol  starrer  'Dilwale Dulhaniya Le Jayenge', the scene has been recreated at the stations - many times by celebrities as well as commoners. 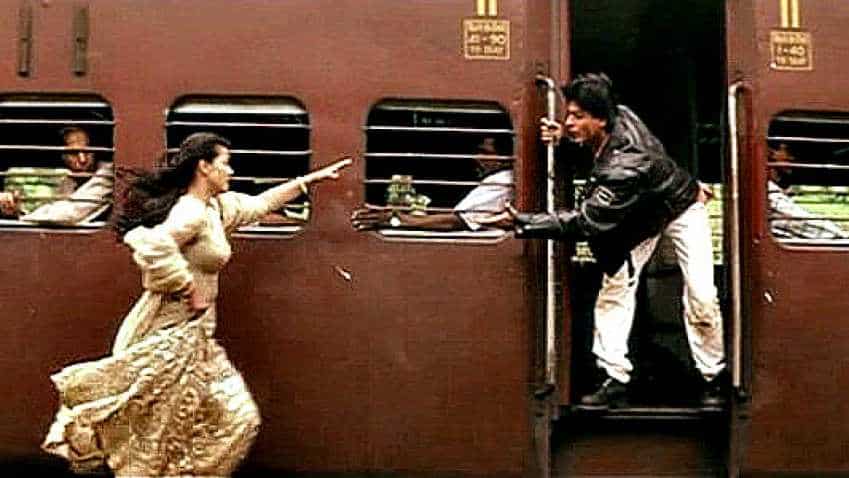 Remember the iconic DDLJ scene where Simran runs after Raj standing at the gate of a moving train? Over a decade since the release of Shah Rukh Khan - Kajol starrer 'Dilwale Dulhaniya Le Jayenge', the scene has been recreated at the stations - many times by celebrities as well as commoners. In fact, Shah Rukh Khan himself recreated the scene along with Deepika Padukone in 'Chennai Express'. On a daily basis, it is very common to see passengers arriving late at the railway stations and racing behind a running train to get on board. If a recent plan of Indian Railways come into force, all of these won't be possible anymore.

The Indian Railways is planning to seal stations just like airports and the passengers would be advised to arrive 15-20 minutes before scheduled departure of trains to complete the process of security checks. In order to be future-ready and to ensure not to miss the train, you should start practising visiting railway stations well before the departure time.

The new security plan has already been put in motion at Allahabad, in anticipation of the Kumbh Mela which begins this month and at Hoogly railway station in Karnataka with a blueprint for 202 more stations ready for implementation, PTI quoted Railway Protection Force Director General Arun Kumar as saying.

New Security Plan: What you will have to do

"The plan is to seal the railway stations. It is primarily about identifying openings and to determine how many can be closed. There are areas which will be closed through permanent boundary walls, others will be manned by RPF personnel and yet others will have collapsible gates. At each entry point, there will be random security checks."

However, unlike at airports, passengers need not come hours in advance, but just 15-20 minutes ahead of their departure times to ensure that they are not delayed because of the security process," Kumar said.

While security will increase, Kumar said the presence of security personnel will not. "If we are investing in technology, then manpower requirement will reduce," he said. These steps are a part of a security plan under the Integrated Security System (ISS) which was approved in 2016 to strengthen surveillance mechanism at 202 railway stations.