Forget cash crunch, check out what banks are doing to ATMs; this freebie may end too 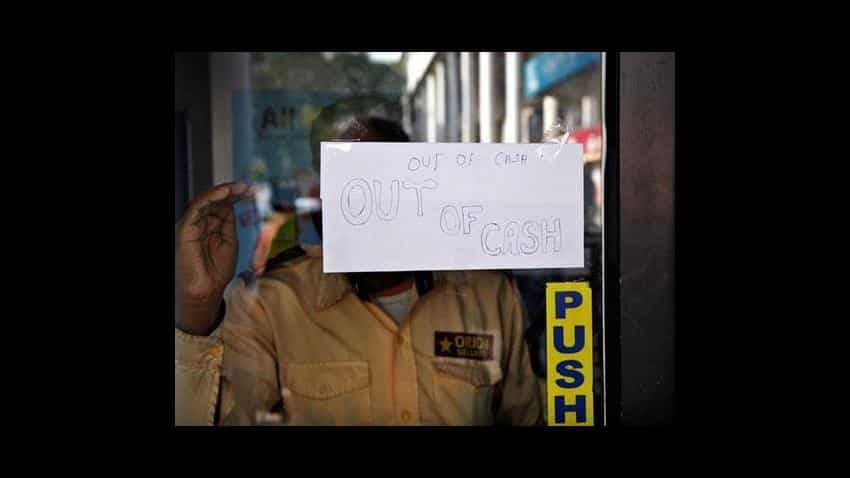 According to the RBI data, Canara Bank saw a fall in 189 onsite and 808 offsite ATMs, while Central Bank of India had witnessed 27 onsite and 317 offsite ATMs. Image source: Reuters
RELATED NEWS

Even as a cash crunch from various cities were reported in the recent past,  there is another problem rising that may trouble bank customers even more. Banks have reportedly shut down around 2000 ATMs at various locations in just 10 months between May 2017 and February 2018, according to the Reserve Bank of India (RBI) data. The ATM count came down to 107,630  as of February 2018, from approximately 110,116 in May 2017. However, the data shows that the number of offsite ATMs saw a marginal increase.  The State Bank of India (SBI) expanded the maximum number of offsite ATMs.

The main reason behind closing of such a large number of ATMs is cost-cutting by banks. According to the RBI data, Canara Bank saw a fall in 189 onsite and 808 offsite ATMs, while Central Bank of India had witnessed 27 onsite and 317 offsite ATMs.  Punjab National Bank saw 655 onsite and 467 offsite ATMs closing down.

Bank of India closed 108 onsite and 100 offsite ATMs between the time period.   Banks are now not willing to provide free services at ATM outlets, as the cost of transactions are going up. According to earlier reports, banks might soon stop free services like ATMs transactions beyond a certain limit.  Another issue that discourages banks to provide free services is Tax authorities had reportedly sent tax notices to banks for the last five years for free services provided to customers.  The Directorate General of Goods and Services Tax Intelligence has sent notices to banks to pay tax on these free services for the last five years, which includes the pre-GST era when service charges.

Banks such as State Bank of India, ICICI Bank, HDFC Bank, Axis Bank and Kotak Mahindra Bank were reportedly the lenders that have received notices and there is much speculation that other banks too might have received or will receive, legal notices soon.

UPPSC recruitment 2020: Apply for 328 vacancies of lecturer, Assistant Professors and other jobs on upssc.up.nic.in