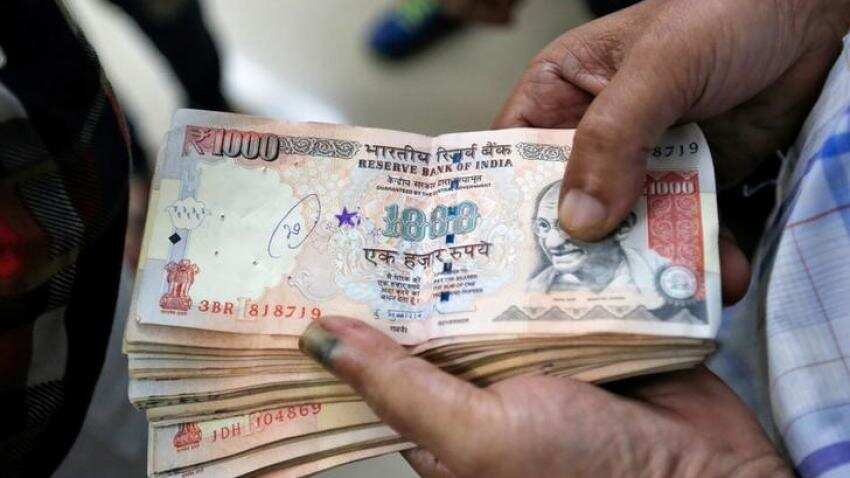 PMGKY was announced following the government decision to scrap Rs 500 and Rs 1,000 notes in a bid to flush out cash earned through illegal activities or earned legally but never disclosed. Representational Image. Image Source: Reuters
Written By: PTI
RELATED NEWS

Drawing a line for disclosure under the new tax evasion amnesty scheme, the government on Wednesday said only unaccounted domestic cash holding can be declared through it and not jewellery, stocks, immovable property or overseas accounts.

Under the Pradhan Mantri Garib Kalyan Yojana (PMGKY), undisclosed income deposited in any bank or post office account can be declared by paying 50% of it in taxes and surcharges.

Also, a quarter of the total sum is to be parked in a non-interest bearing deposit for four years.

In the second set of clarifications in form of Frequently Asked Questions (FAQs), the Central Board of Direct Taxes (CBDT) said the scheme provides for "only income represented in form of cash or deposit in an account can be declared".

"The Scheme is hence not available for declaration of an income which is represented in the form of assets like jewellery, stock or immovable property," it said.

On the issue of a person against whom a search/survey operation has been initiated, CBDT said such a person is "eligible to file declaration under the Scheme".

The government had last year come out with an Income Disclosure Scheme (IDS) for holders of unaccounted wealth held in cash as well as other forms like immovable property and jewellery. IDS closed on September 30, 2016.

CBDT further said, "Undisclosed income represented in the form of deposits in foreign bank account is not eligible for the Scheme."

The tax department said a declaration under the PMGKY Scheme can be filed in respect of deposits made in an account maintained with an specified entity by any mode such as cash, cheque, RTGS, NEFT or any electronic transfer system.

No credit for advance tax paid, TDS or TCS shall be allowed under the Scheme.

"A person can avail the Scheme for any assessment year commencing on or before April 1, 2017. Hence, deposits made in bank account prior to financial year 2016-17 can also be declared under the Scheme," it said.

PMGKY was announced following the government decision to scrap Rs 500 and Rs 1,000 notes in a bid to flush out cash earned through illegal activities or earned legally but never disclosed.

Offering tax dodgers confidentially and immunity from prosecution, PMGKY commenced on December 17, 2016 and will remain open up to March 31.

Not declaring black money under the scheme now but showing it as income in the tax return form would lead to a total levy of 77.25%  in taxes and penalty. In case the disclosure is not made either using the scheme or in return, a further 10% penalty on tax will be levied followed by prosecution.

The disclosure scheme is part of The Taxation Laws (Second Amendment) Act, 2016, which was approved by the Lok Sabha in November 30 and received President assent last month.

"Undisclosed deposits between April 1, 2016 to December 15, 2016 shall also attract tax at the rate provided in the Taxation Laws (Second Amendment) Act, 2016," the FAQ said.

Also, the amount deposited or repaid against an overdraft account/cash credit account or any loan account maintained with a bank or any specified entity is eligible for being declared under the Scheme.

On cash seized during a search and seizure action, CBDT said, "The adjustment of cash seized by the Department and deposited in the Public Deposit Account may be allowed to be adjusted for making payment of tax, surcharge and penalty under the Scheme on the request of the person from whom the cash is seized.

"However, the said amount shall not be allowed to be adjusted for making deposit under the Pradhan Mantri Garib Kalyan Deposit Scheme."

In case of an advance in cash for procurement of goods (other than immovable property) is returned, the same can be declared under the Scheme.

"Since the advance was made for procurement of goods (other than immovable property) or services, no penalty... shall be attracted in respect of the said transactions," it added.