After the roll out of Forbes list - world's highest paid film stars India's 'global superstar,' Priyanka Chopra been left out of the mix. Zeebiz points out the wage disparity in the film industry. 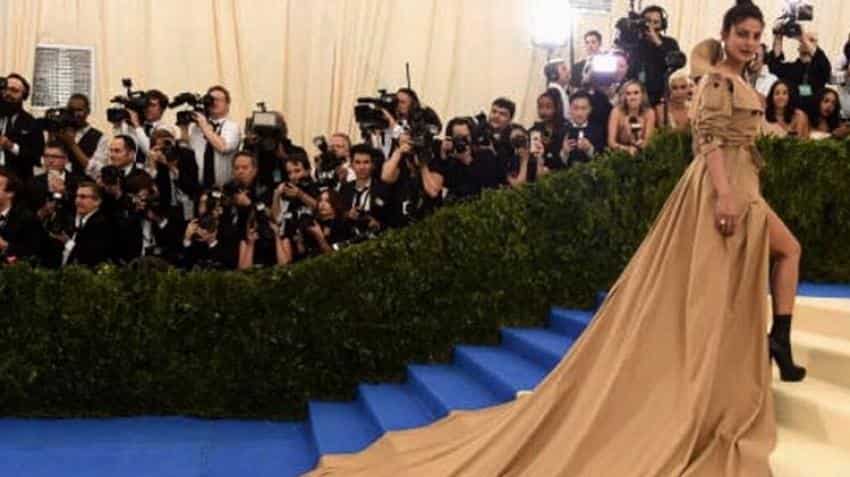 Actress Priyanka Chopra has shared a picture on Instagram where she is seen at Met Gala 2017 in New York on May 2, 2017. Image Source: IANS
RELATED NEWS

India is known to have an enormous wage disparity problem among its male and female population and its film industry is no stranger to it either.

A couple days ago Forbes released its list of highest paid actors in the world which featured major Bollywood stars like – Shah Rukh Khan, Salman Khan and even Akshay Kumar. However the Indian actresses were left out of the ‘rich and glamorous list.’

What’s a bit more surprising is that India’s ‘Global Icon,’ Priyanka Chopra, who trotted internationally on several accounts to receive a number of awards didn’t feature on the list.

Chopra, who is known for multiple leading roles in Bollywood films, did the voice over for ‘Kaa’ in the Hindi version of the blockbuster movie – The Jungle Book which released last year.

She also travelled to the United States for her performance in the lifeguard drama – Baywatch that released in 2017.

Chopra was hailed as India’s ‘truly global superstar’ after being featured in ‘100 most influential people in the world’ by Time Magazine in 2016.

The former Miss World turned Bollywood actress and singer also won the Stardust award for Global Icon of the year in 2016.

She also won the People’s Choice Awards two years in a row in 2016 and 2017 for her performance on the American series - Quantico.

Recently Chopra managed to make it to LinkedIn’s Power Profiles 2017 alongside political personalities such as Indian Prime Minister, Narendra Modi.

Priyanka Chopra has been in the news for many controversial matters. Be it her lack of ‘sanskari attire’ while meeting PM Modi or even standing up for Indians and their English speaking capabilities at the Chelsea Handler talk show last year. 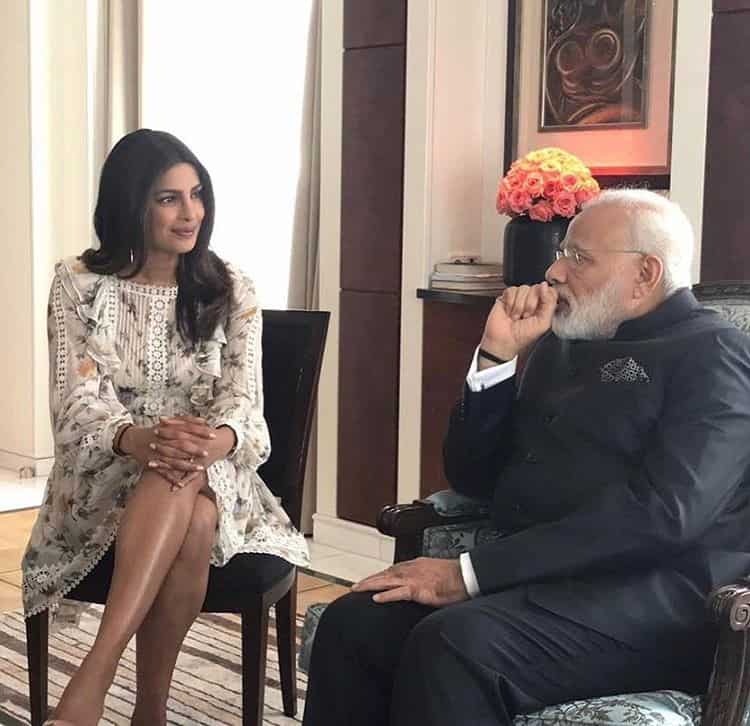 Chopra went on to be seen on other talk shows like The Ellen DeGeneres show, Jimmy Fallon’s Tonight show in 2016 and even Jimmy Kimmel Live in 2017.

However, this 35 year old actress seems to be underpaid.

Chauvinism, a tough nut to crack

King Khan who made it to Forbes list and ranked as the eighth highest paid actor in the world had acted in three films that released last year including Dear Zindagi, Fan and Ae Dil Hai Mushkil.

He also earned from Raees and Jab Harry Met Sejal that hit the theatres this year but were declared ‘mega flops.’ These movies earned Rs122 crore and Rs 58 crore in its first week alone.

Salman Khan on the other hand, whose earnings according to Forbes was $37 million, released just one movie in 2016 – Sultan that earned over Rs 500 crore globally. His movies in 2017 include - Dabangg 3, Tiger Zinda Hai and Tubelight.

No Bollywood actress made it to the Forbes list.

Forbes cited a pay gap between the male film stars that earned more than their female counterparts. “The top 10 actors banked a cumulative $488.5 million--nearly three times the $172.5 million combined total of the 10 top-earning women.”

The highest paid actress on the list was Emma Stone who earned $26 million in pre-tax earnings. Her salary was still lesser by 2.5 times than the world’s highest paid actor.

The highest paid actor – Mark Wahlberg was estimated to have earned a whopping $68 million thanks to his performance in Transformers: The Last Knight and the forthcoming Daddy's Home 2. He even managed to push Dwayne ‘The Rock’ Johnson out of first place, who currently is the second highest paid actor in the world at $65 million.

Johnson featured with Chopra in the lifeguard drama film – Baywatch which belly flopped at the box office. The movie tanked by nearly half the earnings expectation on its opening Memorial Day weekend bringing in just $22 million.

Day one in the Indian cinemas didn’t bode well for county lifeguards either. It earned a mere Rs 1.5 crore at the Indian box office which has seen over Rs 500 crore earnings for movies like Baahubali 2.

Priyanka was named the ‘highest paid TV actress’ in 2016 by Forbes magazine. Her estimated earnings was $11 million.

Her salary then was six times lesser than the current world’s highest paid actor.

But in a country whose male labourers in the manufacturing sector (which was also labelled the lowest paid sector by Monster India research) earned 30% more than females in that sector is the Bollywood saga of wage disparity really that surprising?