Forbes list of world's billionaires named only four Indian women. Most of whom had inherited their wealth from family businesses. 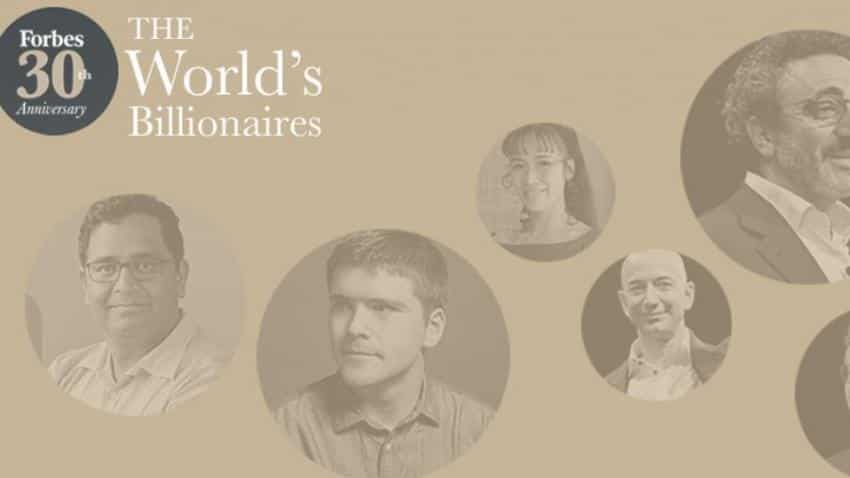 Forbes world’s billionaires list was announced on Friday with oil to telecom business owner, Mukesh Ambani still the richest Indian on the list.

The richest man alive was still Bill Gates, co-founder of Microsoft technologies with a net worth of $86 billion. “Gates has topped Forbes list of the world's billionaires for 18 out of the past 23 years,” the report said.

The oil and gas tycoon’s net worth showed an increase which was cited by the Forbes report as on the back of his Reliance Jio launch of free services. 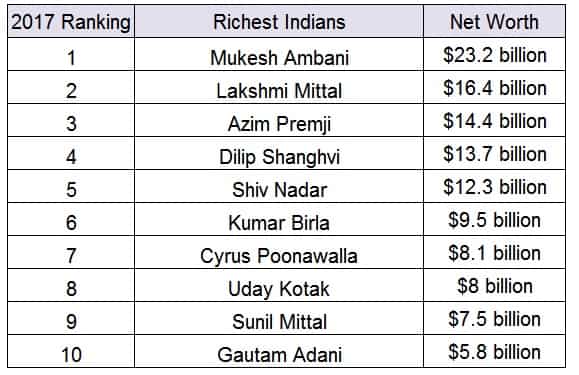 Among the world’s billionaires, 103 Indians were named on the list.

Out of these only four Indian women were named on the world’s billionaires list.

The four Indian women’s total net worth, as cited by Forbes, amounted to $11.8 billion. This was not even half the net worth of the richest Indian on the list.

Nevertheless matriarch Savitri Jindal, who chaired the O.P Jindal Group ranked 303 on the list with a net worth of $5.2 billion.

Next up was Smita Crishna-Godrej, whose net worth was $2.5 billion. She ranked 814 on the list.

“Smita Crishna-Godrej hails from the storied Godrej clan and has a one-fifth stake in the family assets. Her brother Jamshyd runs consumer goods firm Godrej & Boyce. Her husband Vijay,a well-known theatre actor, and daughter Nyrika work in the group,” the report said.

The only richest self-made Indian woman to rank on the list was Kiran Mazumdar Shaw who runs the insulin producing company – Biocon.

Shaw’s networth was $2.1 billion and though she is the third richest Indian woman she still ranked 973 on the world’s list of billionaires.

Last Indian woman to be named on the list was Leena Tiwari, who ranked 1030 and is an heiress of pharma fortune – USV India.

“Leena chairs privately held USV India, which is run by her husband, Prashant, an Indian Institute of Technology grad who studied mechanical engineering at Cornell University in the U. S,” the report said.