For the quarter ended June, India's GDP growth slumped to a three-year low of 5.7 per cent -- lagging China for the second straight quarter -- as manufacturing slowed ahead of the GST launch amid the lingering effect of demonetisation. 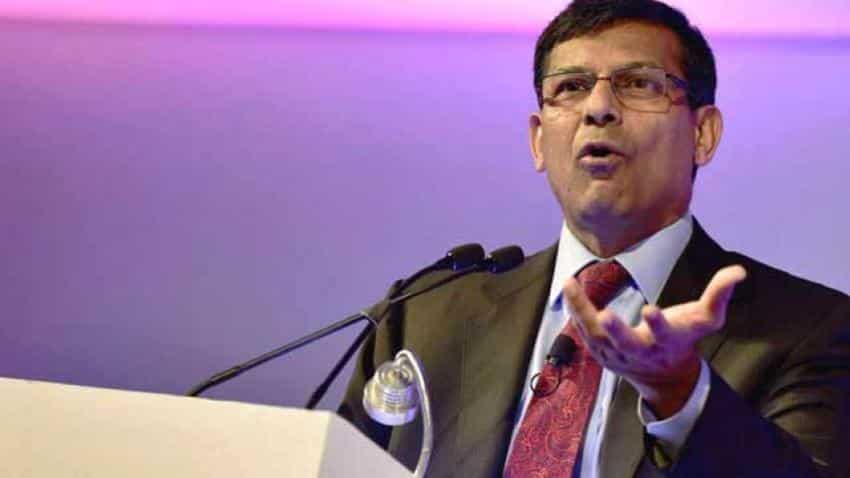 Former RBI Governor Raghuram Rajan today said India needs to focus on three areas -- infrastructure, power and exports -- to stimulate GDP growth, which has been hit by factors like demonetisation.

"We should not be so pessimistic and say that good times are over but we should be worried...Growth had started falling from quarter which ended September last year," he said at an event to launch his book 'I do What I do'.

Subsequently, he said, demonetisation has had more substantial effect over the next few quarters.

For the quarter ended June, India's GDP growth slumped to a three-year low of 5.7 per cent -- lagging China for the second straight quarter -- as manufacturing slowed ahead of the GST launch amid the lingering effect of demonetisation.

China clocked 6.9 per cent growth in January-March as well as April-June quarters.

Advocating three areas for stimulating growth, Rajan said, "Let's ensure the infrastructure projects actually get completed...That's a lever that the government can push harder if there are impediments."

The second extremely important area is power which requires reform in terms of improving health of distribution companies, he said.

"Uday scheme has gone someway on financial engineering. Go further on line losses and others," he said.

"Third is exports. Why are our exports not picking up when rest of Asia's exports are growing? How much because of small and medium industries being in difficulty, because of series of hits they have taken... Can we focus on things like building logistics infrastructure, improving exports promotion," he said.

On the new GDP series credibility, Rajan, a University of Chicago professor, said the method that has been adopted is better but there is a need to have time series that would reflect the exact changes.

"When I was in Finance Ministry, I thought that they were underestimating GDP. So I used to believe we were actually growing faster and we were under-counting. When the new GDP number came, I had a sense of vindication," he said.