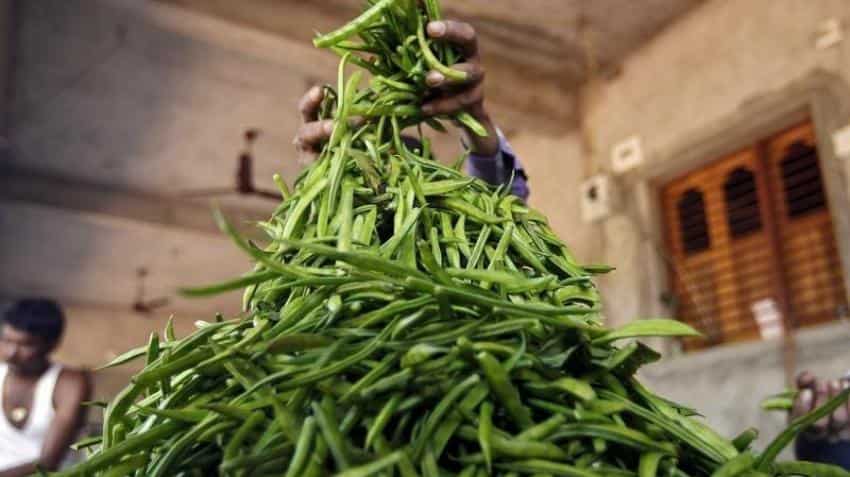 NCDEX launched guarseed options as it is one of the most liquid contracts on the exchange platform. Image source: Reuters
Written By: PTI
RELATED NEWS

Finance Minister Arun Jaitley today launched options trading in guarseed on the commodity bourse NCDEX and asserted that the new initiative will benefit farmers and ensure better prices in the coming days.

Higher production has led to fall in prices of some agri-commodities in some places, he said, adding that options trading is one of the major steps towards taking farmers out of this situation.

NCDEX is the second exchange after MCX to launch options trading in commodities. In October 2017, MCX had launched gold options. Guarseed is the first agri-commodity options.

Options are derivatives which give a buyer the right but not the obligation to buy or sell an underlying asset or instrument at a specific price on or before a certain date.

"I hope this initiative will provide huge benefit to farmers in the coming days," Jaitley said at the launch event.

Lauding the contribution of farmers, he said they have left no stone unturned to serve the nation. They have worked hard to turn a food shortage country to a surplus now. However, due to higher production, they are now faced with falling prices, he said.

"We see in some places the problem of falling prices because of higher production. Farmers are not getting the price for their produce. Many steps have been taken in the last few years to take farmers out of this situation. There has been some impact," he said, adding that options trading is a step in that direction.

In the beginning, options trading may look like a small step but when its awareness increases in the coming days, it is will benefit farmers, he added.

Speaking on the occasion, NCDEX MD and CEO Samir Shah said, "The option trading is a powerful tool to hedge price risks...We are confident that this will boost the development of the agri-commodity market."

Options will protect farmers from downward price movement as well as give them an opportunity to sell their produce at higher prices in case of price increase, he said.

NCDEX launched guarseed options as it is one of the most liquid contracts on the exchange platform. Around 15 lakh farmers are associated with this commodity.

"This is partial fulfilment of the Budget announcement. We are expecting more. I hope the Finance Minister will announce more for this sector to carry forward the growth," NCDEX Chairman Rabi Narayan Das said.

According to NCDEX, three options contracts in guarseed that will expire in February, March and April of this year have been made available for trading.

While market regulator Sebi had allowed exchanges to launch options in September 2016, it was only on April 26, 2017 that it clarified that the options would have futures as underlying for settlement.