Jaitley said the slowdown in several parts of the world has created a situation that a lot of foreign capital is coming into the country. 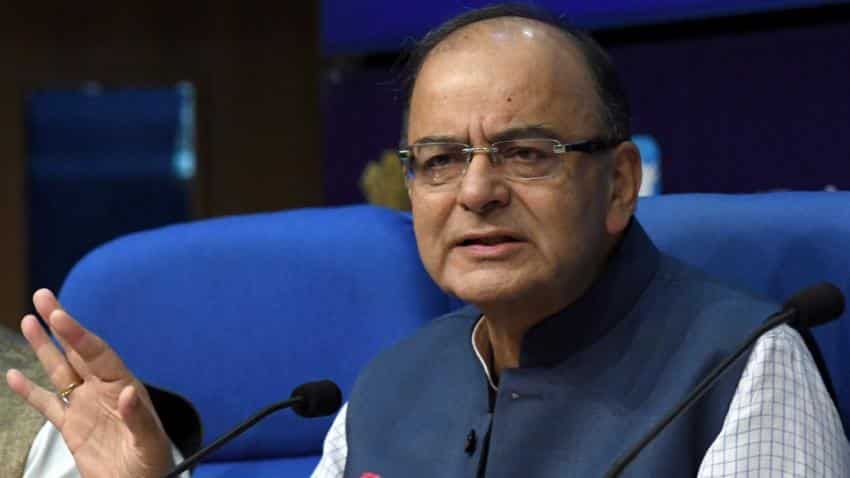 The finance minister cited the global oil and commodity prices as an advantage for India. Photo: IANS

With private investment playing catch-up, Finance Minister Arun Jaitley on Saturday asked the private sector to loosen its purse strings to make the most of the demand uptick following a good monsoon and softer rates due to controlled inflation.

India became the world's largest fastest-growing major economy on the back of a spurt in public spending, and private sector joining the bandwagon will create more engines to spur growth, he said at the Madhya Pradesh Global Investor Summit here today.

Countering comments by Hinduja Group co-Chairman Gopichand Hinduja that the pace of growth is slow, he said he wants to "remind him that normally, the industry is ahead of the government, but we are at the moment of history where at the moment the private sector is a little behind the government".

"And therefore, public investment pace has picked up, we are waiting for your (private sector) pace to pick up. If that pace were to pick up, probably you will have more engines in order to spur growth in India," he said.

Speaking at the summit, Hinduja said with a "good and dynamic" Prime Minister, the time is right for India to attract funds for development.

"Prime Minister has full fire in his belly, he has changed the face of India. But I would also like to admit that his team has to catch up with speed. Unfortunately, the speed is not going in the same pace what he likes to see." Hinduja added: "Otherwise, his vision and dream could have been achieved much faster... We should agree that the culture can not be changed overnight, it takes time. But overall, we are on right track."

Jaitley said the slowdown in several parts of the world has created a situation that a lot of foreign capital is coming into the country.

"This year, fortunately as a result of goods monsoon, we have a very surplus foodgrain production which will improve domestic demand and inflation is in check. And a controlled inflation means moderation of interest rates also. The cost of capital reduces. With these advantages, we have an opportunity ahead of us," he said.

Jaitley said India has been able to maintain respectable level of growth even when the world is facing important and very significant economic challenges.

"As far as India is concerned, there are obviously a few advantages that have come our way. The political change in the country has created a decisive environment that's an advantage," he said further.

The finance minister cited the global oil and commodity prices as an advantage for India since the country is a buyer.

"Additionally, the resources which we have saved, we are able to invest in a large manner both in infrastructure and rural economy. That's an advantage."

But there are challenges too. "The global slowdown hurts us, particularly in matters of international trade," he noted.

States, he said, are competing with each other. Jaitley also made the point that a decisive government at the Centre has made decision-making easier.

With a decisive Prime Minister in Narendra Modi, "there is clarity as far as direction is concerned and therefore, India is trying with its renewed confidence to fight adversity and gain an advantage which has so far eluded us. Various industrial revolutions bypassed us," he said.

Stating that he is clear that India at this historical junction has advantages, Jaitley said the instinct and desire to grow has now flowed to the states and it has been decentralised.

Backing up, he referred to the transformation of Madhya Pradesh from a BIMARU state just 13 years ago to an industrial hub, which reflects aspirational desire.

"... once the GST rolls out and India becomes one market and facilitate seamless transfer of goods and services, Madhya Pradesh will become the supply hub," Jaitley hoped.

Electronics and IT Minister Ravi Shankar Prasad said the government is involved in path-breaking reforms and is promoting digital connectivity and Make in India.