An investigation into allegations that ICICI Bank extended a loan with a potential conflict of interest raises question over the bank’s governance and creates reputational risks, says Fitch Ratings. 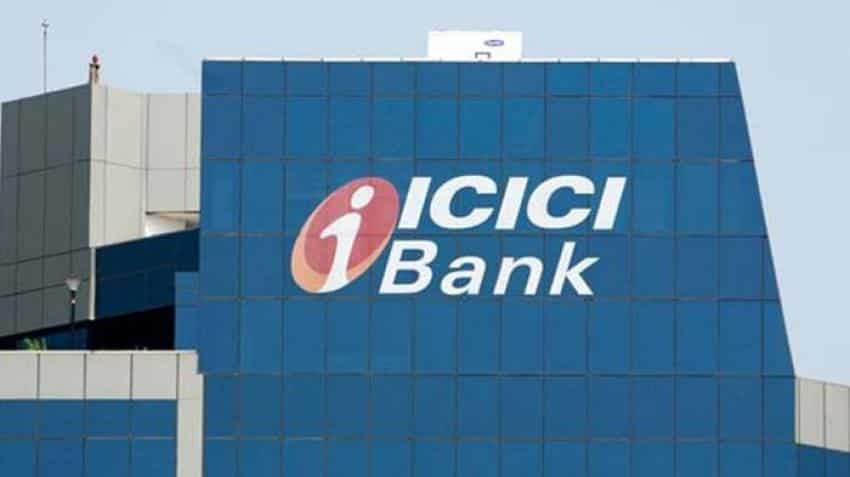 ICICI Bank’s Board has denied any wrongdoing, highlighting that the loan was underwritten in accordance with the bank’s credit standards and was extended as part of a consortium involving over 20 banks. Image source: Zeenews.com
Written By: ZeeBiz WebTeam
RELATED NEWS

Mumbai: ICICI Bank, the country’s second-largest bank, runs the risk of a rating downgrade if the allegations against the current managing director and chief executive officer (CEO) Chanda Kochhar are indeed proven, said a rating agency firm. The allegation relates to a Rs 3,250-crore loan extended to Videocon Group, whose controlling shareholder co-founded a separate company with the spouse of ICICI’s CEO, a significant portion of the loan has since become non-performing asset (NPA).

Saswata Guha, director - financial institutions, Fitch Ratings, said, “If the allegations are proven, it could result in a rating action. It could have an impact on its franchise, funding cost and can result in financial penalties and legal action. It would also change the way we view the bank’s corporate governance.”

An investigation into allegations that ICICI Bank extended a loan with a potential conflict of interest raises question over the bank’s governance and creates reputational risks, says Fitch Ratings.

Other regulatory sanctions are also possible, depending on the outcome of the investigation, says the report.

The Board of ICICI Bank is meeting on May 7 in Mumbai. The bank has informed stock exchanges that the board would consider the approval of the audited annual accounts for the financial year ended March 31.

On Monday, the bank’s stock slipped marginally to end at Rs 280.45 per share on BSE.

According to Fitch report, the investigation could also undermine investor confidence in the bank, with potential implications for funding costs and liquidity in an extreme scenario, although its status as a systemically important bank implies it will benefit in some form of state support.

Meanwhile, there is a potential risk of financial penalties, as well as legal action, if the investigation comes up with findings against the bank.

ICICI Bank’s Board has denied any wrongdoing, highlighting that the loan was underwritten in accordance with the bank’s credit standards and was extended as part of a consortium involving over 20 banks.

Fitch said that the bank’s rating is underpinned by relatively strong capitalisation and profitability. Core capitalisation was 14.2% in December 2017, among the highest in the sector.

New Delhi: The government expects ICICI Bank to clean up its own mess, as its CEO Chanda Kochhar faces allegations of impropriety in giving Rs 3,250 crore loan to the Videocon group.

“It’s good that all these things are coming out. It is a part of the cleaning process,” said the official.

“Either the ICICI board or the Reserve Bank of India (RBI) will decide whether Chanda Kochhar will continue as the CEO of the ICICI Bank or not,” said a senior official of the finance ministry.

“Let the regulatory or the supervisory bodies, and the investigative agencies play their role. The government doesn’t come into picture at this point of time,” sources said adding that as it was just a minority shareholder in the bank.

The government feels that “the issue is of a private bank and it has got its own mechanism to deal with it.”