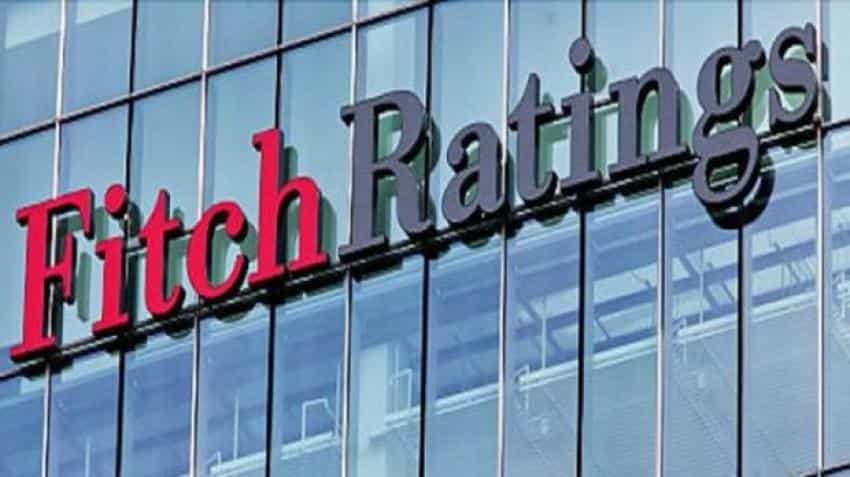 the rupee has been among the worst performers vis-a-vis Asian currencies this year. Image source: Reuters
Written By: PTI
RELATED NEWS

It also said that the rupee has been among the worst performers vis-a-vis Asian currencies this year.

The global credit rating agency had earlier estimated the GDP growth at 7.3 per cent for the current financial year. For 2019-20, it projected the growth at 7.5 per cent.

"We have revised up our forecast for 2018-19 growth to 7.4 per cent from 7.3 per cent in March. However, higher financing costs (stemming from monetary tightening and higher market premiums) and rising oil prices should limit the upside to growth," Fitch said in its Global Economic Outlook.

Fitch said the Indian rupee has been one of the worst performing currencies in Asia this year, although the depreciation was more muted than during the 2013 taper-tantrum episode.

"India has better macroeconomic fundamentals than in 2013 and very low foreign ownership rates in the domestic government bond market, but the current account deficit has been widening as a result of rising oil prices, reviving domestic demand and poor manufacturing export performance,? it said.

Fitch said inflation has picked up since mid-2017, despite food inflation being muted. "The rise in the oil price and the INR depreciation should add to price pressure in the coming months, although we expect inflation to be contained within the upper band of the RBI's target range."

Fitch projected retail inflation to be 5 per cent by the end of 2018.

The Reserve Bank earlier this week hiked its policy rate by 0.25 per cent, citing inflation risks.

Fitch retained the global growth forecast at 3.3 per cent in 2018 and 3.2 per cent for 2019, reflecting the disappointment over distribution of growth, with shortfalls in a number of smaller economies.

It said however that expansion will be on-track or slightly better in the world's two largest economies ? the US and China.

Fitch Chief Economist Brian Coulton said: ?Global trade tensions have risen significantly this year, but at this stage the scale of tariffs imposed remains too small to materially affect the global growth outlook.

"A major escalation that entailed blanket across-the-board geographical tariffs on all trade flows between several major countries would be much more damaging."

It said a major escalation that entailed blanket across the-board geographical tariffs on all trade flows between major countries would be much more damaging.

"This still looks quite unlikely, but the US administration's continuing focus on reducing bilateral trade deficits ? which will be very hard to achieve in the near term ? increases the risk of sustained tensions," Fitch said.