Pakistan PM Imran Khan opened its air space for civilian traffic from India and elsewhere by issuing a notice to airmen (NOTAM) lifting all restrictions. 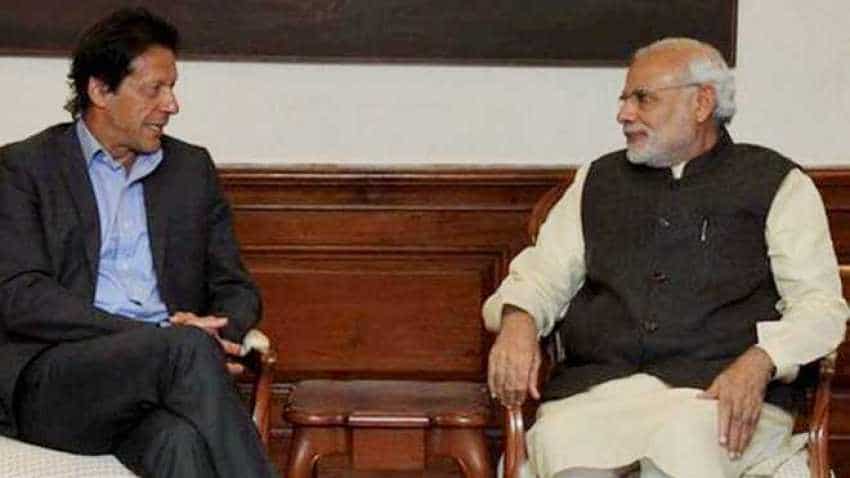 For the first time post-Balakot incident in February 2019, Pakistan has opened its airspace for civil traffic , including that from and to India. Photo: PTI
Written By: ZeeBiz WebTeam
Edited By: Harish Dugh
RELATED NEWS

In a significant move, Pakistan PM Imran Khan opened its air space for civilian traffic from India and elsewhere by issuing a notice to airmen (NOTAM) lifting all restrictions. Prime Minister Narendra Modi government responded positively and issued a revised NOTAM to Pakistan's goodwill gesture. With this move by both Pakistan and the India, normal air traffic services have resumed through all Flight Information Regions between India and Pakistan, the authorities added.  This will help airlines like Air India to take the shorter route now to Europe and other regions. For the first time post-Balakot incident in February 2019, when Indian fighter jets destroyed terror bunkers there, Pakistan has opened its airspace for civil traffic, including that from and to India.

The Pakistani NOTAM read, "With immediate effect, Pakistan airspace is open for all type of civilian traffic on published ATS routes." Earlier Imran Khan's 'New Pakistan' had claimed that it would not open its airspace for commercial flights until India removed its fighter jets from forward Indian airbases. The Imran Khan Government in Pakistan had completely shut down its airspace on its eastern border with India after the Indian Air Force carried out 'surgical strikes' on a Jaish-e-Mohammed (JeM) terror camp in Balakot on February 26. Those surgical strikes on the JeM terror camps were in response to the JeM-perpetrated terror attack in Pulwama, J&K on February 14, in which 40 CRPF personnel lost their lives.

The Pakistani government was not allowing Indian aviation companies to fly through its airspace and this raised costs for the carriers. Overseas aviation flights were forced to take costly detours because they couldn't fly over Pakistan. This embargo mainly affected flights from Europe to Southeast Asia, because from a geographic point of view Pakistan lies in the middle of a vital aviation corridor. This airspace restriction, had a toll on hundreds of commercial flights regularly as their passengers had to face an extended flight timing and rise in fuel cost for the airline companies.