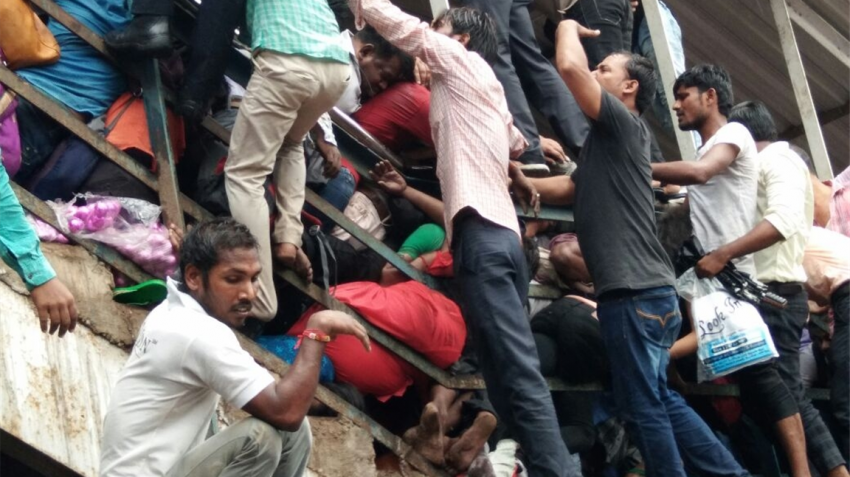 When I boarded the 10:23 Churchgate slow local from Bandra this morning the rain pressed hard against the moving train forcing people to squeeze in and shut the doors forcefully.

Before reaching Elphinstone Road station, there was chaos in the air. Distressed cries were heard even before the train pulled into platform number 2 -- one of the only two platforms at the station.

At first glance I did not realise what was going on. The severity of the situation was realised only after the train slowed its momentum while entering the station.

I saw people climbing on one another in an attempt to move up the bridge.

The narrow bridge at Elphinstone station connects the west to the east along with connecting the Western Railway platforms to the Central Railway's Parel station.

The width of the bridge is so narrow that more than ten people queuing up for a ticket makes passengers exiting the station a difficult task. 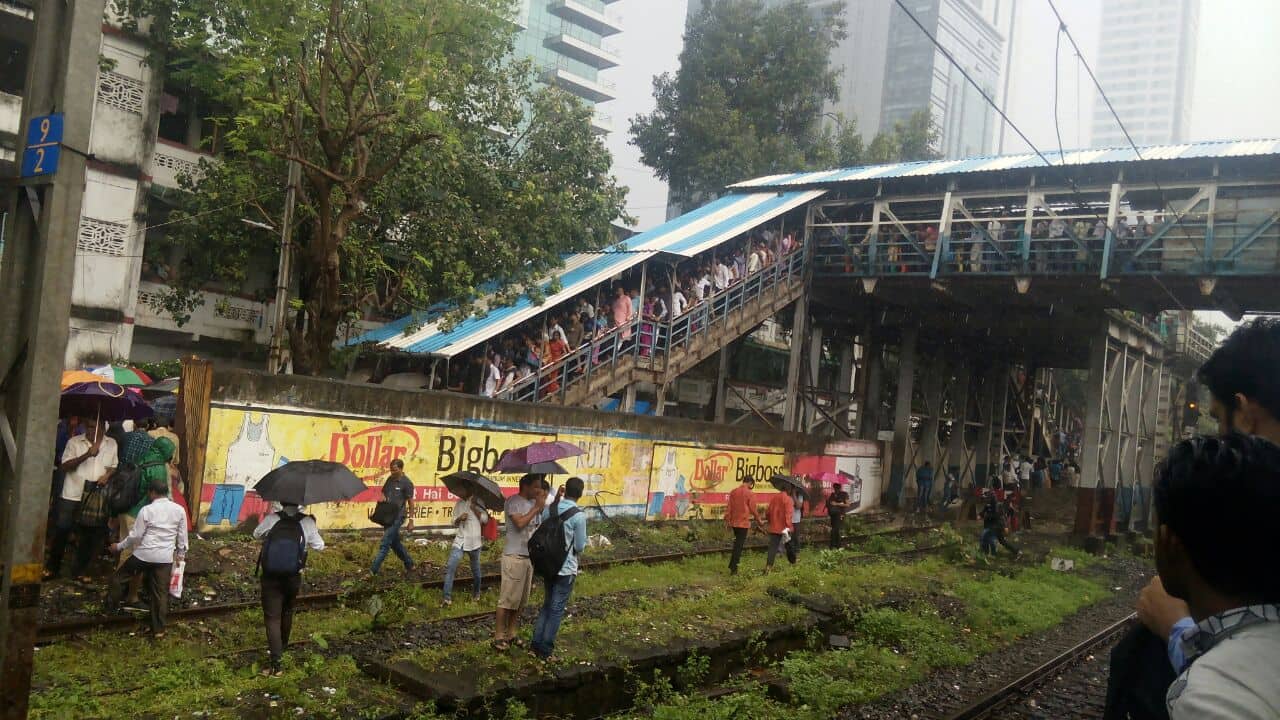 Peak hour rush, coupled with heavy rains forced people to take shelter at the station exit. People were hanging on the railing of the stairs.

All one could hear were incessant screams of people urging everyone to move ahead.

It took me at least 15-20 minutes to reach the second bridge which runs alongside Jagannath Bhatnakar Marg.

Walking up to the bridge was a whole lot of being pushed from one side to another. No one could see where they were placing their feet. Some good Samaritans steadied those like me who kept losing their balance.

On the way up people whispered, “Three women have been hurt.” Some spoke of a short circuit but were unsure of where it erupted or what caused it. Others kept mumbling about the growing crowds.

As I got to my office which overlooks the station the crowds of people seemingly felt much more than the station could handle.

Shortly after arriving at work we heard multiple sirens roaring close by. Many of us then rushed out on to the office balcony to see the spectacle and saw a few ambulances zooming in.

And soon the news broke that a stampede at Elphinstone station cost three lives while 25 have been injured at 11:30 am.

(The causalities of the incident have reportedly reached 22 while at least 37 have been injured as of 14.33pm.)