August retail inflation eased to a 5-month low of 5.05% but WPI inflation climbed to a two-year high of 3.74%. 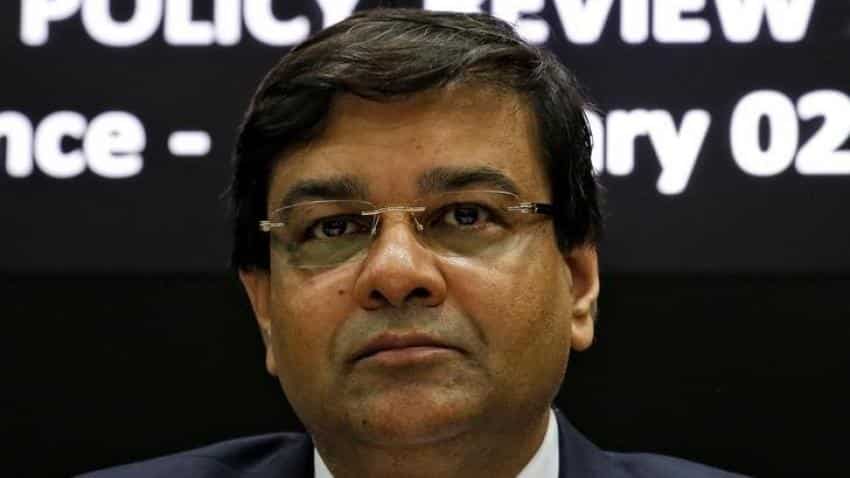 MPC has three members each from the government and the Reserve Bank. Photo: Reuters

As the newly-constituted Monetary Policy Committee (MPC) started its first meeting on Monday to fix the benchmark interest rate, experts said RBI may opt for status quo and wait for further easing of inflation.

Moving away from the usual practice of announcement at 11 am, the fourth bi-monthly monetary policy review would be made public at 2:30 pm tomorrow after the MPC meeting.

Experts are of the opinion that given the price situation, panel is expected to keep rates unchanged to meet the targeted inflation of 4% with the margin of 2% on either side.

"I don't think the Reserve Bank is going to change rates as inflation readings - based on both WPI and CPI - have not softened much," Bank of Maharashtra Managing Director and Chief Executive R P Marathe told PTI.

August retail inflation eased to a 5-month low of 5.05% but WPI inflation climbed to a two-year high of 3.74%. Before the dip in August, both the retail as well as wholesale price indices were on a continuous upward spiral.

The government had in August notified 4% inflation target with a range of plus/minus 2% for the next five years under the monetary policy framework agreement with the Reserve Bank.

On his policy expectations from the new Governor, he said Patel may announce "some more measures related to resolution of non-performing assets".

Credit rating agency Crisil also sees no rate cut on Tuesday as "RBI may choose to wait for some more time before wielding the knife as inflationary trends may accelerate going forward".

In a note, it said: "Risks to inflation could emanate from high protein inflation, which has recorded double-digit growth for 14 consecutive months, services inflation, especially in rural areas, which is keeping core inflation high and sticky and surprise pick up in oil prices."

India Ratings said the sharp fall in retail inflation in August has accentuated the rate cut proposition in the next quarter itself, and termed as 'achievable' the RBI's target of bringing retail inflation down to 5% by March 2017.

"But it may be early to rejoice given the baffling behaviour of retail inflation in the past. The cyclical components either aggravate or soften it as is evident from the movement in wholesale prices," it added.

"Clearly, the fight on the inflation front, particularly food inflation, is far from over," it added.

Some market participants said MPC, which is meeting for the first time, may wait for more sustained signs of moderation in inflation and may go for a rate cut only in the December policy.

BNP Paribas Chief Economist Richard Iley said, "With core inflation developments remaining benign, the door is ajar for a final 25 basis point rate cut this cycle although Patel may choose to delay a move until December."

MPC has three members each from the government and the Reserve Bank. The government nominees are Chetan Ghate, professor at the Indian Statistical Institute; Pami Dua, Director, Delhi School of Economics and Ravindra H Dholakia, professor at IIM-Ahmedabad, while RBI nominees are the Governor, Deputy Governor in-charge of monetary policy R Gandhi and Executive Director Michael Patra.

If the 6-member panel is divided on rate decision, the Governor can use his veto power to take a final call on the policy rates.