In a recent meeting with RBI, senior officials from the ministry pitched for deferring the implementation beyond March 2019, saying it will help banks meet the capital needs and increase credit flow to productive sectors along with balance sheet clean-up. 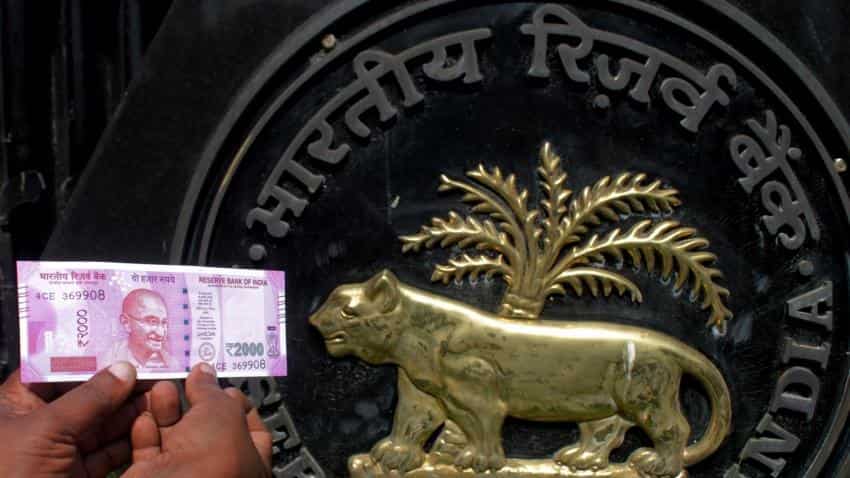 The finance ministry has made a case for pushing back the Reserve Bank's deadline for implementing Basel III banking norms in view of higher capital requirement to deal with bad loans which have reached unacceptable levels.

In a recent meeting with RBI, senior officials from the ministry pitched for deferring the implementation beyond March 2019, saying it will help banks meet the capital needs and increase credit flow to productive sectors along with balance sheet clean-up.

These global capital to risk norms, called Basel III capital regulation, are being implemented in phased manner by Reserve Bank of India since April 1, 2013. They are to be fully implemented as on March 31, 2019.

As per the norms, banks have to maintain a minimum common equity ratio of 8 per cent and total capital ratio of 11.5 per cent by March 2019.

Most of the 21 state-owned banks are already above the average prescribed by RBI but there are 6 PSU banks including IDBI Bank, Bank of Maharashtra and Central Bank of India, which have been put under prompt corrective action (PCA) requiring course correction and higher capital to come out of poor financial health.

However, provisioning levels for the Indian banking sector have risen sharply over the last few quarters in response to rising bad loans, with the RBI's asset quality review initiated in December 2015 pushing the bottomline of several public sector banks (PSBs) into the red.

Finance Minister Arun Jaitley has announced capital infusion of Rs 10,000 crore for PSBs in the current fiscal in line with the Indradhanush scheme.

This will be over the Rs 70,000 crore that banks will get as capital support from the government. Of this, the government has already infused Rs 50,000 crore in the past two fiscals and the remaining will be pumped in by the end of 2018-19.

As per the scheme, PSBs need to raise Rs 1.10 lakh crore from markets, including follow-on public offer, to meet Basel III requirements, which kick in from March 2019.

Discussions are ongoing with RBI and the ministry made the point of deferring Basel III norms given the circumstances, sources said.

The question is what works the best for Indian banks taking into consideration financial stability, NPA resolution and provisioning requirement, sources said.

"The RBI team is very receptive and there is professional respect. We may not agree. Where RBI has power to take a call they will decide," an official said.

RBI had already extended the deadline from March 2018 to March 2019 in 2014 after getting representation from various quarters.

According to sources, RBI believes that there is a set framework and it should not be disturbed and any divergence from Basel III norms by the RBI can impact the perception on Indian banks and the central bank globally.

The US Treasury in its recent report has also suggested some flexibility in the implementation of norms, sources said.

Banking industry officials said that the central bank has been approached for relaxing the norms for adherence to Basel III norms and some relief on provisioning by banks on account of implementation of the new Indian Accounting Standards, or Ind-AS, from Apr 1, 2018.

Banks' provision levels may significantly go up after the new accounting standards are implemented.

Under the new accounting standards, banks will need to make provisions based on expectations of future losses after it was felt that the current model of 'incurred losses' resulted in inadequate provision levels.

Basel III reforms are the response of Basel Committee on Banking Supervision (BCBS) to improve the banking sector's ability to absorb shocks arising from financial and economic stress, whatever the source, thus reducing the risk of spill over from the financial sector to the real economy.

Following the global financial crisis 2007-08, during Pittsburgh summit in September 2009, the G20 leaders committed to strengthening the regulatory system for banks and other financial firms.

They aimed at implementing strong international compensation standards aimed at ending practices that lead to excessive risk-taking, to improve the over-the-counter derivatives market and to create more powerful tools to hold large global firms to account for the risks they take.

As a result of this Basel II replaced Basel III reforms on capital regulation.