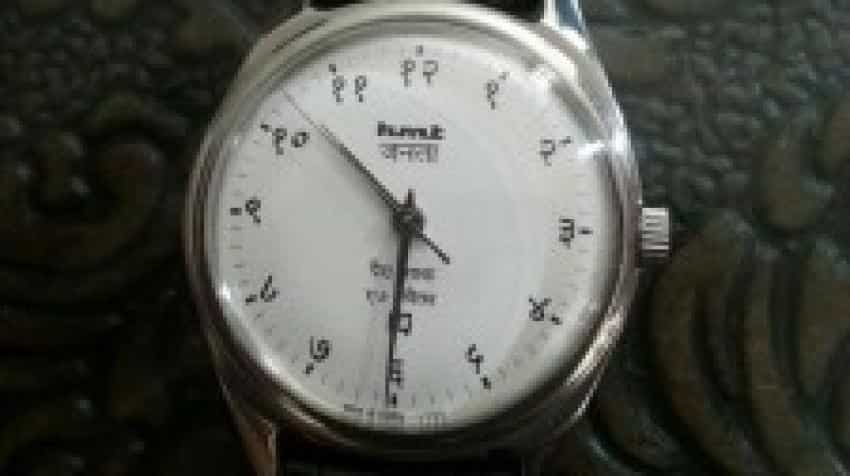 The Finance Ministry would be discussing with market regulator Sebi to allow transfer of shares in these companies to SNIF to meet the 25 per cent public holding norm for listed companies. Image source: Reuters
Written By: PTI
RELATED NEWS

The Finance Ministry is planning to transfer shares of five sick CPSEs including HMT and Andrew Yule & Company, to the SNIF fund to meet Sebi's minimum 25 per cent public shareholding. The Central Public Sector Enterprises (CPSEs) whose shares would be transferred to the Special National Investment Fund (SNIF) are Fertilizers & Chemicals (Travancore) (FACT), Hindustan Photo Films Manufacturing Co., Scooters India, HMT and Andrew Yule & Company, an official said. The Finance Ministry would be discussing with market regulator Sebi to allow transfer of shares in these companies to SNIF to meet the 25 per cent public holding norm for listed companies.

These companies have time till August 21 to meet the 25 per cent public share holding norm. "Since these CPSEs were not financially sound, meeting the minimum public shareholding norm by following Sebi's method to reduce stakes would have been difficult. Hence, we are planning to transfer the shares to SNIF on a case-to-case basis," the official told PTI. Currently, government holds 89.25 per cent stake in Andrew Yule & Company, 90 per cent each in FACT and Hindustan Photo Films, 93.69 per cent in HMT and 93.74 per cent in Scooters India.

Accordingly, shares would be transferred on a proportionate basis to the fund to bring down government stake in these CPSEs to 75 per cent. The government had in 2013 approved setting up of the SNIF with the specific objective of meeting the minimum public shareholding of 10 per cent as was then mandated by the Securities and Exchange Board of India (Sebi). At that time, there were six sick CPSEs whose shares were to be transferred to SNIF -- FACT, Hindustan Photo Films Manufacturing, HMT Ltd, Scooters India and ITI.

With ITI revival package in place, the telecom PSU has turned profitable after 16 years and posted a net profit of Rs 27 crore in the third quarter of 2017-18. ITI will be launching a follow-on public offer (FPO) to meet the 25 per cent public holding norm. The government currently holds 92.59 per cent stake in ITI. The SNIF was formed to transfer the number of shares that is required to make six sick companies compliant with the minimum public shareholding without any consideration.

The fund was managed by independent professional fund managers and was assigned to sell the shares within a period of five years. The funds realised from the sale of shares would be used for funding social sector schemes of the government. To promote a wider investor base in listed state-run companies and provide a boost to the government plan to raise funds from disinvestment programme, the Sebi board had in June 2014 asked listed companies to offer at least 25 per cent of their equity to non-promoter shareholders.

Accordingly, the rules were notified for PSUs to achieve the minimum 25 per cent public shareholding by August 21, 2017, which was later extended by a year. In the current fiscal, the government aims to mop up Rs 80,000 crore through PSU disinvestment, against Rs 1 lakh crore collected last fiscal which ended on March 31.