Showering praise on Finance Secretary Hasmukh Adhia, who retires on November 30, Finance Minister Arun Jaitley Saturday said he was a no-nonsense civil servant who performed his job with impeccable integrity. 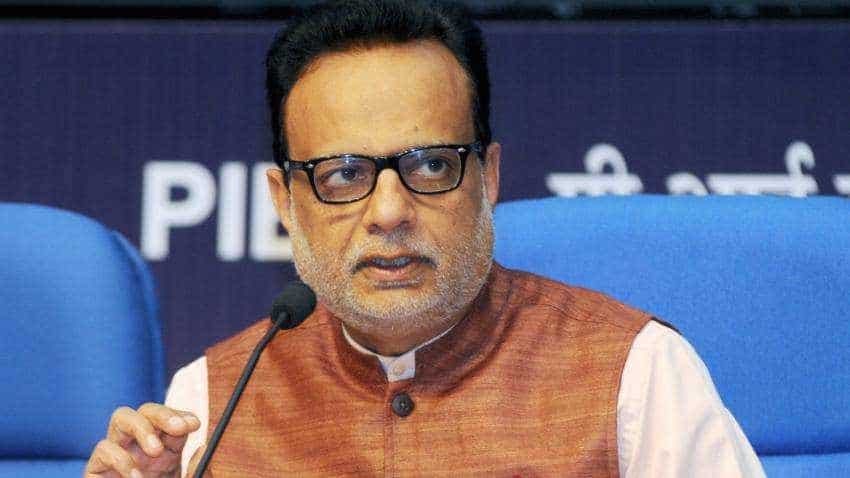 Showering praise on Finance Secretary Hasmukh Adhia, who retires on November 30, Finance Minister Arun Jaitley Saturday said he was a no-nonsense civil servant who performed his job with impeccable integrity. In a Facebook post titled 'Dr. Hasmukh Adhia retires', Jaitley said the government wanted to use the outgoing finance secretary's capability and experience in some alternate capacity.

Adhia, who was also the revenue secretary, spearheaded the implementation of the Goods and Services Tax (GST) and took steps to curb black money and increase tax revenues.  "He was unquestionably a highly competent, disciplined, no-nonsense civil servant and of course, with impeccable integrity. His only diversion from his duties was his passion for spirituality and yoga," Jaitley added.

In a late-night government order, Unique Identification Authority of India (UIDAI) CEO Ajay Bhushan Pandey has been named as Adhia's successor as the revenue secretary.  "He (Adhia) had informed me earlier this year that he would not work for a single day after the 30th of November 2018. His time thereafter belongs to his favourite passion and of course his son," Jaitley wrote.

Adhia, a 1981-batch Gujarat cadre officer of the Indian Administrative Services (IAS), moved to Delhi in November 2014 as secretary in the Department of Financial Services after Narendra Modi became the prime minister. Adhia in a series of tweets thanked Modi and Jaitley for their guidance and leadership and expressed gratitude to his officers and staff.

"I am indeed privileged to have worked in Finance Ministry for 4 years under the guidance and leadership of Hon Prime Minister Shri Narendra Modi and Hon Finance Minister Shri Arun Jaitley,? Adhia tweeted. Giving credit to Adhia for implementing GST, Jaitley said, "It was his efforts supported by his team of officers of Centre and state governments, which made it possible to hit the deadline of 1st July 2017. Rate reductions and smoothening of the rough edges were also achieved in a record time."

Recalling Adhia's tenure as the revenue secretary, Jaitley said tax base and tax realisation saw an "exponential increase". "He was ably supported by the two boards, CBDT and CBIC. The follow-up after demonetisation in detecting the large cash depositors and making them accountable was no mean challenge," the finance minister noted.

During his four-year stint in the finance ministry, Adhia spearheaded rollout of the historic GST besides implementing a host of laws to unearth black money. He was also deeply involved in formulation of various social sector programmes of the Modi government.

"I retire on 30th November with a sense of great satisfaction for what I could do for the country. I am grateful to all those officers and staff who worked with me," Adhia tweeted.

"My special gratitude to Hon Prime Minister for his guidance and to Shri Arun Jaitley ji for having acknowledged my contribution publicly," Adhia added.

Jaitley in his post said Adhia's tenure as the revenue secretary will be remembered for various initiatives where he provided the bureaucratic leadership in shaping and implementation of the policy.

"The campaign against black money both within and outside the country was the initial highlight of the revenue department," he said. Jaitley also noted that the Income Tax Department now functions online with no physical interface between the assessee and the assessment official.
"I wish him all the best for his post retirement life. Thank You Dr. Adhia," Jaitley said.