While wishing him a good post-retirement life, Jaitley commended Adhia`s contributions as Revenue Secretary for bringing a series of reforms including execution of Goods and Services Tax (GST) and making the income tax filing process online with no physical interface between the assessee and the assessment official. 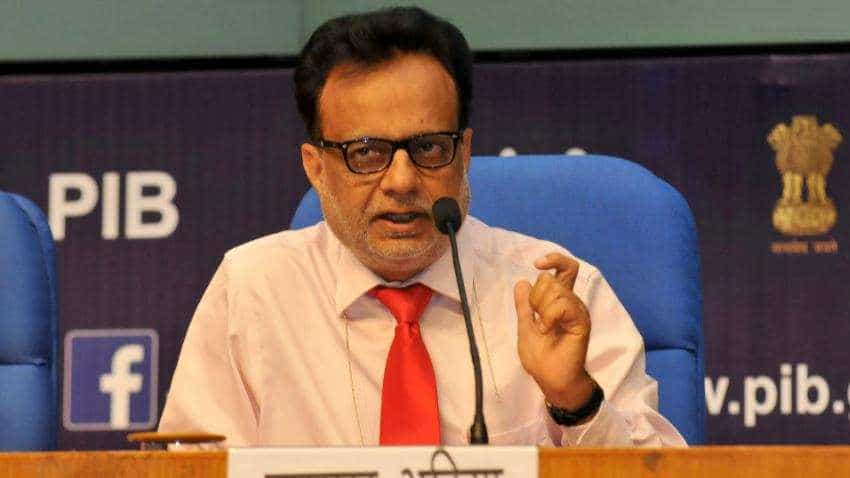 Hasmukh Adhia, the Gujarat cadre IAS officer who had an eventful stint as Finance Secretary during the days of demonetisation and the ushering in of the GST regime, is set to retire on November 30, the government announced on Saturday - putting to rest all speculation about his getting an extension.

Adhia, who turned 60 earlier this month, worked in the Finance Ministry for four years including the last three years as Revenue Secretary. He was expected to get an extension, going by the past practice when tenure of Secretaries in the ministry was usually extended if it ended close to the Union Budget`s presentation.

Announcing Adhia`s retirement in a Facebook post, Finance Minister Arun Jaitley said the government wanted him to continue in some "alternate" capacity but he declined to do so.

"He (Adhia) had informed me earlier this year that he would not work for a single day after November 30. His time thereafter belongs to his favourite passion (spirituality and yoga) and of course his son," Jaitley said in the post.

While wishing him a good post-retirement life, Jaitley commended Adhia`s contributions as Revenue Secretary for bringing a series of reforms including execution of Goods and Services Tax (GST) and making the income tax filing process online with no physical interface between the assessee and the assessment official.

In a series of tweets, Adhia expressed gratitude to Prime Minister Narendra Modi and Finance Minister Jaitley for their guidance and leadership during his four year stint.

"My special gratitude to the Prime Minister for his guidance and to Arun Jaitley ji for having acknowledged my contribution publicly," the outgoing Secretary said.

Word about Adhia`s retirement immediately fuelled speculation about his successor as Revenue Secretary. The name of Unique Identification Authority of India (UIDAI) CEO Ajay Bhushan Pandey, a 1984 batch IAS officer of the Maharashtra cadre, is making the rounds.

The post of Finance Secretary, which conventionally goes to the senior-most of the Secretaries in the Ministry, is likely to go to Expenditure Secretary Ajay Narayan Jha of the 1982 batch.

As Revenue Secretary, Adhia`s term witnessed the introduction of the GST uniform tax regime, evolving a Centre-states consensus on the multiple GST laws and drafting the rules and fixing tariffs that made it possible to meet the deadline of July 1, 2017 for the GST roll-out, Jaitley said.

Rate reductions and smoothening of the rough edges were also achieved in a record time during Adhia`s tenure, he added.

"Adhia`s tenure saw an exponential increase in tax base and the tax realisations... The follow-up after demonetisation in detecting the large cash depositors and making them accountable was no mean challenge. Adhia executed these steps with calm and professionalism," he said.