Finance Minister Nirmala Sitharaman addressed a press conference in New Delhi on Saturday afternoon and said that while the inflation is under control, there are signs of revival of industrial production in the first quarter of 2019-20 and up to July-end. 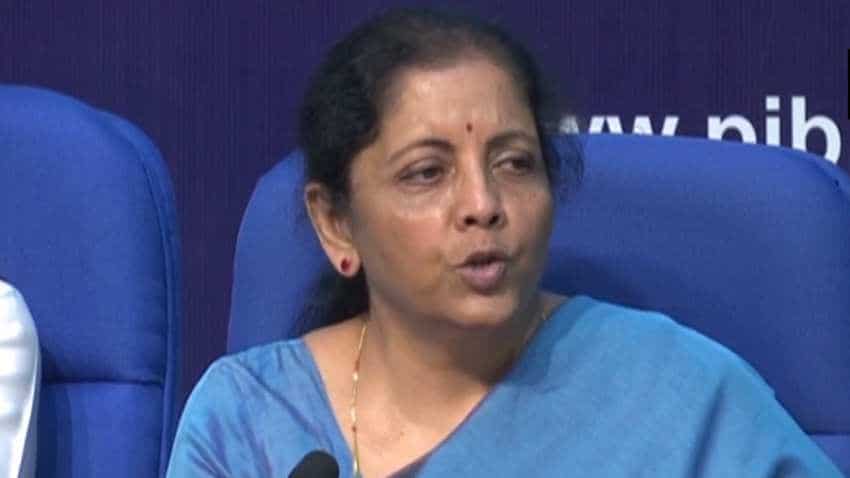 Finance Minister Nirmala Sitharaman addressed a press conference in New Delhi on Saturday afternoon and said that while the inflation is under control, there are signs of revival of industrial production in the first quarter of 2019-20 and up to July-end. The finance minister added that annual fixed interest rates are going upwards and even the first quarter of 2019-20 shows clear positive upward growth. She also revealed the plans to meet chiefs of public sector banks on September 19. Sitharaman announced that All Merchandise Export from India Scheme (MEIS) will discontinue after December 31, 2019.

The Finance Minister said that up to Rs 50,000 crore will go through new RoDTEP scheme or Revenue foregone projected at up to Rs 50,000 crore. She said that a new fully electronic refund scheme on input tax for exporters will be in place by end of this month. The FM believes that this new scheme will help to monitor and speed up input tax credit refunds for exporters.

Union Minister @nsitharaman presents a quick follow up on announcements made so far to fuel economic growth pic.twitter.com/XNsByQiClL

"I want to start with a brief picture of macroeconomic fundamentals and also say if there is any sign of revival in some sectors," said Sitharaman, to begin her address. She told the media as promised, the governement has come out to announce some measures that are being periodically formulated based on nationwide consultation.

The briefing came at a time when the Indian economy is facing a tough time with GDP growth slowed to a six-year low of 5% in the most recent quarter. The impact can be seen in several sectors like auto and real estate that are grappling with a sharp slowdown in demand.

"Export Credit Guarantee Corp will expand scope of ECIS and offer higher insurance cover to banks lending working capital for exports in a move which will cost Rs 1700 crores per annum to the government," the Union Minister said.

On August 30, the government had announced the mega-merger of 10 PSU banks into four entities, where the Punjab National Bank, the Oriental Bank of Commerce and the United Bank would merge to become the second-largest public sector bank (PSB), while the Canara Bank and the Syndicate Bank will amalgamate to set up the fourth-largest PSU banking entity. The country will now have 12 state-run banks instead of 27.

The four new state lenders will have businesses worth Rs 55.8 trillion ($781 billion), or about 56 per cent of the Indian banking industry, Finance Minister Nirmala Sitharaman had said at a briefing, adding that the government would inject a combined Rs 55,250 crore into these entities. As per the announcement, Punjab National Bank, Oriental Bank of Commerce and United Bank of India will combine to form the nation`s second-largest lender with loans worth Rs 7.5 trillion, while Canara Bank will join Syndicate Bank with loans worth Rs 6.6 trillion.

Union Bank of India with Andhra Bank and Corporation Bank will have Rs 6.4 trillion, while Indian Bank with Allahabad Bank will generate Rs 3.5 trillion business.