Finance Bill to be passed before March 31: FM Jaitley

New rules on non-tax revenues, user charges, e-receipts portal have been added in addition to the manner in which autonomous bodies are run. 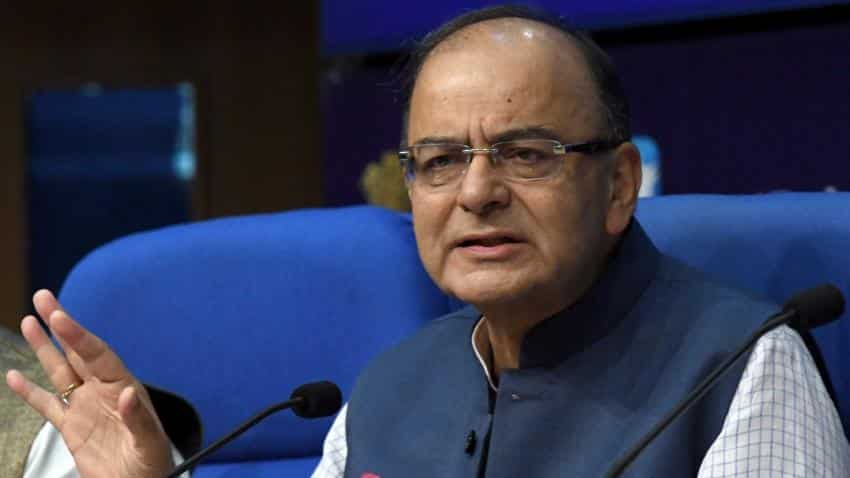 The Finance Bill will be passed by Parliament before March 31 to enable ministries to avail funds from April 1, Finance Minister Arun Jaitley said on Tuesday.

"This would help the ministries to remain in stage of readiness as funds would be available with effect from April 1," he said at the conference of financial advisors here.

He stressed on the challenges lying ahead for the government as a whole to ensure that expenditure on schemes and projects should start from the beginning of the financial year to leverage the early passing of the Budget.

The Finance Bill is introduced in the Lok Sabha, after the presentation of the annual budget, to implement the financial proposals for the following financial year.

Once passed by Parliament and assent is given by President, it enables the government to enact many proposals including excise, customs and service tax related proposals.

"Earlier the Finance Bill used to be passed in May or June, creating challenges for businesses to make changes in between the year. Now, if the Bill is passed in March, then like income tax, even indirect tax changes could be effective from very first month of the financial year. This could be seen as a step towards ease of doing business," tax expert Pritam Mahure told IANS.

Jaitley also released the revised General Financial Rules (GFR) 2017 and also applauded the efforts that went into bringing it out within a short span of time.

In his speech at the conference, Finance Secretary Ashok Lavasa said that the Revised GFR -2017 aims to provide a framework within which an organisation manages its business in a financially prudent manner without compromising its flexibility to deal with varied situations.

"The new GFR 2017 will enable an improved, efficient and effective framework of fiscal management while providing the necessary flexibility to facilitate timely delivery of services," he said.

The GFRs are rules and orders dealing with matters involving public finances. General Financial Rules were issued for the first time in 1947 bringing together in one place all existing orders and instructions pertaining to financial matters. These have subsequently been modified and issued as GFRs 1963 and GFRs 2005.

Reforms in the government budgeting like removal of distinction in non-plan and plan expenditure, merger of Railway Budget with General Budget, focusing on outcomes through an improved Outcome Budget document, all needed to be reflected in the GFRs.

"The objective was to make the GFRs facilitate efficiency while following principles of accountability and procedures of financial discipline and administrative due diligence. New rules on non-tax revenues, user charges, e-receipts portal have been added in addition to the manner in which autonomous bodies are run," it said.

The conference also deliberated upon the various challenges and opportunities before financial advisors and their key role in the implementation of the schemes of the government and providing innovative solutions in the changed environment in public financial management.

Conference of Financial Advisors is a forum through which Finance Secretary and Secretary, Expenditure hold detailed deliberations with all the financial advisors posted in various ministries and departments.