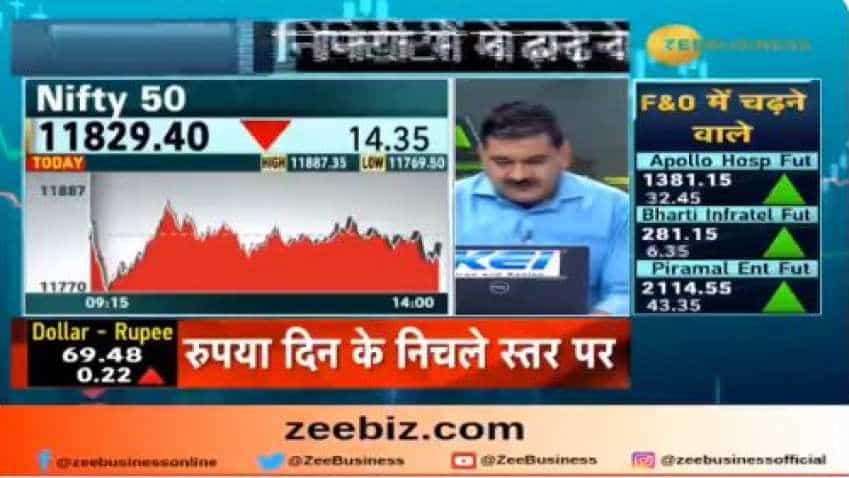 A day after RBI rate cut announcement, the BSE benchmark Sensex ended 86 points higher after a highly volatile session today tracking mixed domestic and global cues. After swinging over 400 points intra-day, the BSE Sensex settled 86.18 points, or 0.22 per cent, higher at 39,615.90, while the broader NSE Nifty rose 26.90 points, or 0.23 per cent, to close at 11,870.65. As markets closed today for this week, Zee Business Managing Editor Anil Singhvi cleared confusion related to markets in the programme "Final Trade".

According to Anil Singhvi, BSE has traded in the range between 31100 and 31200 in the morning trade, while the broader Nifty also traded in the range of 11800 to 11887, adding that market is trading in the range witnessing major ups and downs. Bank Nifty still in green and PSBs are still in red, while stocks of pharma, realty, auto and metal are under pressure, but this pressure is being witnessed in the case of weak shares.

According to him, shares of Anil Ambani firms are witnessing major selling, and the trend is also witnessed in the weak shares including PC Jewellers, DHFL and Manappuram shares. Further, he said that weakness will also be witnessed in currency market.

Prior to talking about major triggers that may impact market, he specially mentioned Ramky Infrastructure, which  bagged order worth Rs 494 crores, and added that the company with a market cap of Rs 691 cr has witnessed about 2.5 to 3% strength today.

On international front, UK Prime Minister Theresa May's expected resignation over her failure on Brexit deal; US employment data are also to be announced; commencement of Women's Cricket world Cup; two-day G20 meeting to discuss Digital Trade and its development will begin tomorrow in Japan, where India's Union minister Piysh Goyal will participate. Further, Japan will also release data on CAD and GDP amid ongoing global trade war between US and China, the report added.