CII urges the government to look into the matter and ensure that a balanced view on the graphic health warnings are  taken. 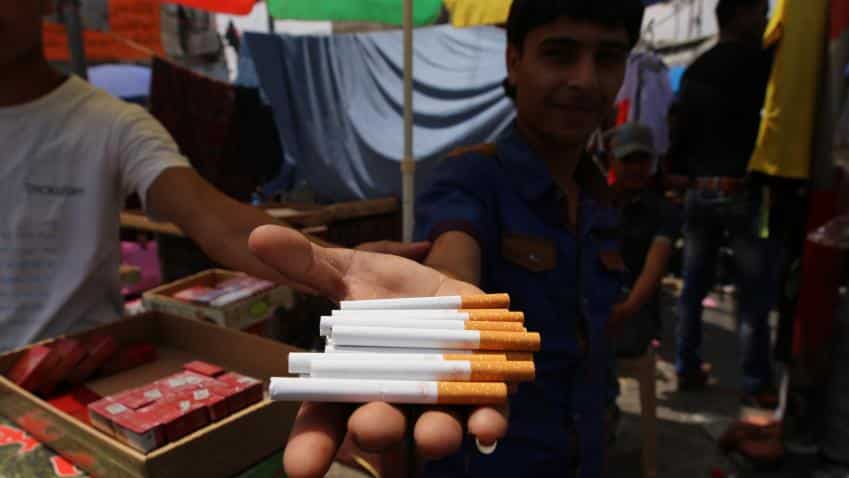 According to the statistics of the Tobacco Institute of India (TII), 45.7 million people are dependent on the tobacco industry in India. Photo: IANS
Written By: IANS
RELATED NEWS

The government should reconsider the rule requiring 85% of tobacco product packaging to show pictorial health warning, which has led to rapid growth of the black market, said industry organisations FICCI and CII on Friday.

"It is indeed a matter of concern that tobacco regulation in India, instead of achieving its stated objective on tobacco control, has unfortunately led to the proliferation of illegal and contraband products," said a statement from the Confederation of India Industry (CII).

In recent months there has been an escalation in the seizures of contraband cigarettes by the enforcement agencies, which revealed how India is being converted into a major centre of smuggled cigarettes, the CII said.

"This has a serious implication for the law and order situation of the country."  According to the statistics of the Tobacco Institute of India (TII), 45.7 million people are dependent on the tobacco industry in India.

"CII urges the government to look into the matter and ensure that a balanced view on the graphic health warnings are taken," said Chandrajit Banerjee, Director General of CII.

The rule requiring 85% surface of tobacco products` package to be covered with pictorial health warning came into effect on April 1, despite a parliamentary committee recommendation that the warnings be brought down to 50% of the package surface area, as it said 85% will be too harsh on the tobacco industry.

In a letter to the union health ministry, Federation of Indian Chambers of Commerce and Industry (FICCI) said that while the tobacco industry is waiting to hear the views of the government on the recommendation of the parliamentary committee, there has been uncertainty and makers of tobacco products are unable to continue their production.