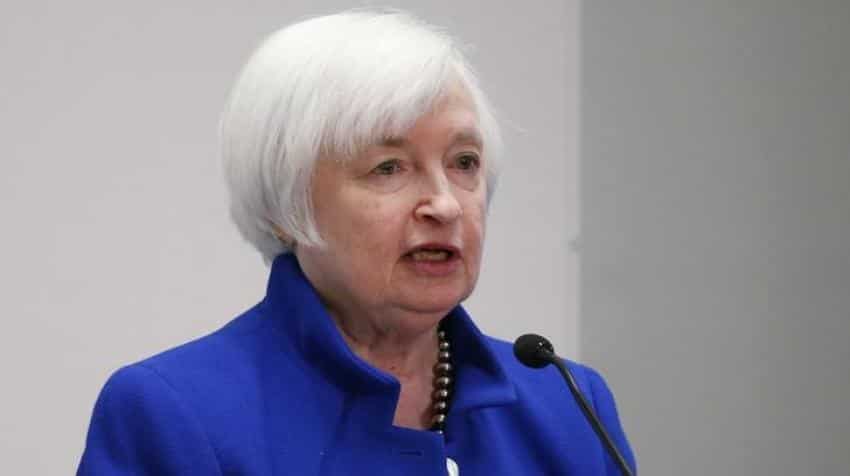 The Federal Reserve could raise US interest rates "relatively soon" if economic data keeps pointing to an improving labor market and rising inflation, Fed Chair Janet Yellen said on Thursday in a clear hint the US central bank could hike next month.

Yellen said Fed policymakers at their meeting earlier in November judged that the case for a rate hike had strengthened.

"Such an increase could well become appropriate relatively soon," Yellen said in prepared remarks that were her first public comments since the United States elected Republican Donald Trump to be the country`s next president.

Yellen, who was to deliver the remarks to lawmakers at 10 am. (1500 GMT) on Thursday, said the economy appeared on track to grow moderately, which would help bring about full employment and push inflation up and toward the Fed's 2% target.

She said current interest rate policy is stimulating economic output but the economy still has "a bit more room to run."

She said at this point she feels there is only a small risk the Fed is behind the curve on inflation, warranting only a gradual increase in the federal funds rate.

What is Robo Trading and how it works? Explained