As per the Nikkei release, other survey indicators painted a mixed picture of the service sector’s health. 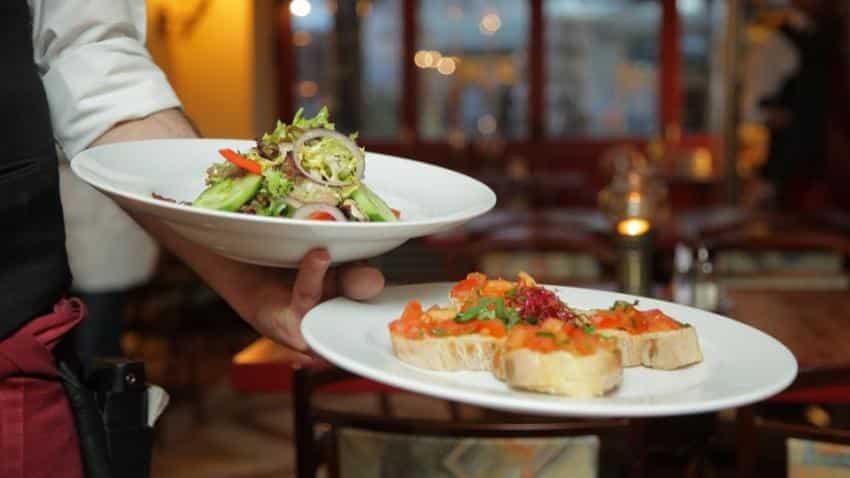 The services firms sought to pass rising costs on to customers by way of raising their own selling prices. Photo: Pixabay
Written By: ZeeBiz WebTeam
RELATED NEWS

Nikkei India Services Purchasing Managers' Index (PMI) rose to 50.3 in the month of February 2017 as against 48.7 in January 2017, marking above the 50.0 no-change level for the first time since October.

A print above 50 denotes expansion and one below, contraction.

Having contracted for three months in a row, incoming new business also picked up in February. However, as was the case for output, the pace of growth in new work was marginal overall.

Commenting on the Indian Services PMI survey data, Pollyanna De Lima, economist at IHS Markit, said, "With demand conditions strengthening in India, new business inflows rose in both sectors, leading to the first increases in private sector new work and output since October 2016. Nevertheless, growth rates were mild at best and far from their historical averages. 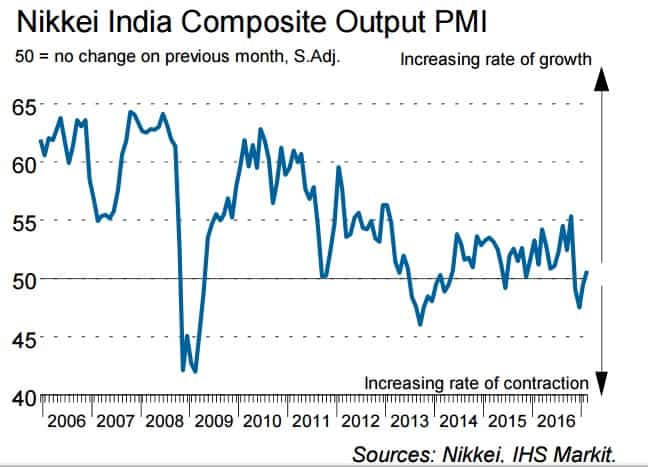 “It is still too early to state that expansion rates will climb to their trend levels in the near term. Companies remain reluctant to take on additional staff and confidence towards the 12-month outlook for output dipped to its second-lowest mark in over one year. These factors indicate that, so far, firms are doubtful about the sustainability of the economic recovery.” De Lima added.

As per the Nikkei release, other survey indicators painted a mixed picture of the service sector’s health. Respondents became less optimistic about the 12-month outlook for activity, with sentiment falling since January as firms were concerned about market competition.

"Employment has shown only one noteworthy monthly increase in the past one-and-a-half years (November 2015), though the rate of job losses in February was only fractional. By comparison, manufacturing staffing levels decreased over the month," the release said.

Moreover, it mentioned that the services firms sought to pass rising costs on to customers by way of raising their own selling prices. The increase in output charges was the first in five months and the most pronounced since mid-2016. Meanwhile, factory gate prices rose at the sharpest rate in almost three-and-a-half years.