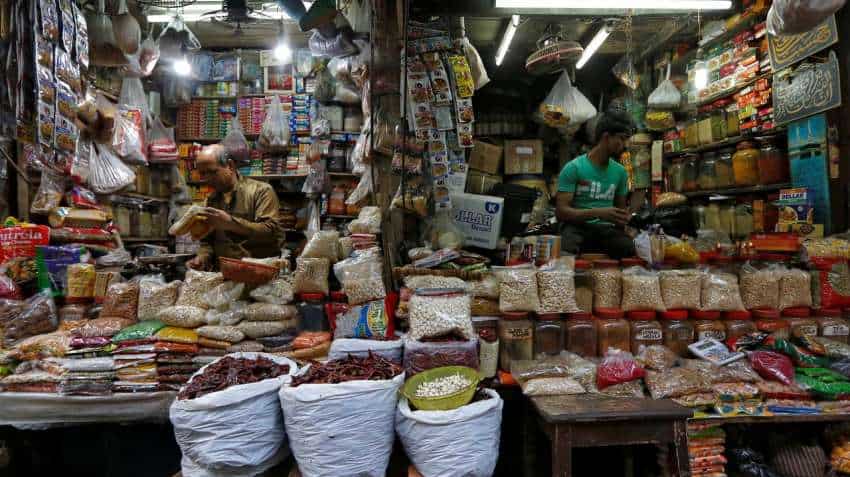 Country’s factory output up by 2 pct on-year growth to 137.1 during the month of January: Source: Reuters
Written By: ZeeBiz WebTeam
Edited By: Harish Dugh
RELATED NEWS

The retail inflation numbers were released by the National Statistical Office (NSO) under the Ministry of Statistics and Programme Implementation (MoSPI)  on Thursday. The CPI (Rural, Urban, Combined) numbers are on Base 2012=100 for the month of February 2020, according to the government release.

Separately, the country’s factory output, which is measured in terms of Index of Industrial Production (IIP) also saw a 2 per cent on-year growth to 137.1 during the month of January. In January 2019, the IIP had grown by 1.6 per cent. The industrial growth during the period of April 2019-January 2020 rose 0.5 per cent from the corresponding period year ago, the government release said. The IIP growth was 4.4 per cent during the same period last year, the data showed.

The Indices of Industrial Production for the Mining, Manufacturing and Electricity sectors for the month of January 2020 stood at 124.3, 137.6 and 155.6 respectively, with the corresponding growth rates of 4.4 per cent, 1.5 per cent and 3.1 per cent as compared to January 2019, the release said. The cumulative growth in these three sectors during April-January 2019-20 over the corresponding period of 2018-19 has been 1.0 per cent, 0.3 per cent and 0.9 per centrespectively.

In terms of industries, eleven out of the twenty three industry groups in the manufacturing sector have shown positive growth during the month of January 2020 as compared to the corresponding month of the previous year, the release said.