Farmers are backbone of the nation & we are committed to government’s mission of doubling their income by 2022: AK Azad, PNB

In addition, the new loans, where A+ and above loans have been sanctioned, had a good impact on it. The NPA recovery reduction mechanism has helped us in bringing down the NPA numbers. 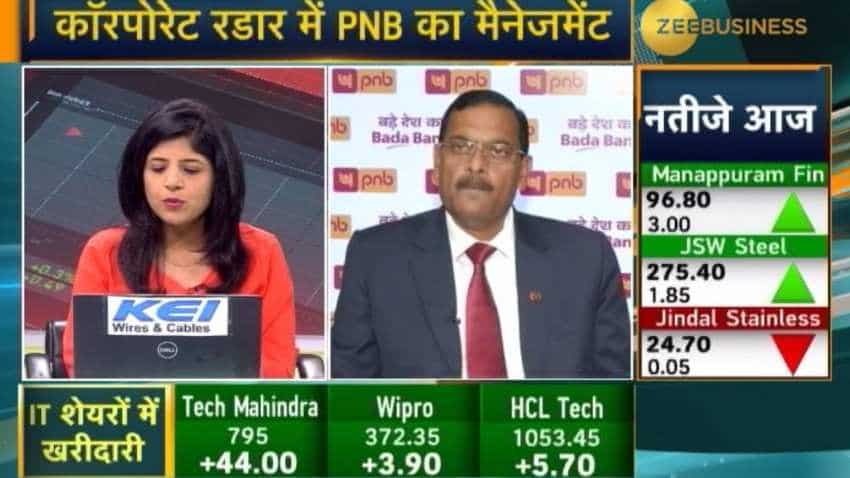 There is a liquidity position and you can see that people are getting little conscious of the deposit rates, which is increasing slowly.
Written By: ZeeBiz WebTeam
RELATED NEWS

Q: What led to the growth in profit in this quarter?
A: See, several things contribute to the profit. Recovery, which stood at around Rs16,000 crore, was the main contributor in our case. In fact, the recovered amount is probably the biggest recovery in the banking sector.

In addition, the new loans, where A+ and above loans have been sanctioned, had a good impact on it. The NPA recovery reduction mechanism has helped us in bringing down the NPA numbers. The faith of the PNB team who worked together to improve the parameters has also added to our efforts.

Q: Tell us about the existing liquidity conditions and by when it will come back to its normal levels?
A: There is a liquidity position and you can see that people are getting little conscious of the deposit rates, which is increasing slowly. There can be a slight rise in deposit rates in the last quarter.

Q: Update us on the fund-raising plans of the bank in this quarter and the next FY?
A: Two-three different ways can be adopted to raise capital. The first step is related to conservation under which we will be conserving the capital by functioning in A and A+ trades. We are also selling some of our non-core assets. And, we may come up with an FPO (Follow-on Public Offering) when there is an improvement in the market conditions and its outlook.
Earlier, we brought an Employee Stock Purchase Scheme (ESPS) which was participated by almost 90 per cent employees. I think nearly Rs650 crore was raised from the scheme.

Q: Lot of support for the farmers was announced in the budget and MSP has also risen. How much improvement can be seen in terms of advances?
A: Farmers are the backbone of the nation and the government has promised to double their income by 2022. This promise can be met only if we are able to provide loans to them and banks have played an important role in raising the standard of farmers. In fact, we, banks, have stepped ahead to support them and will follow government directions to support them, the farmers. When it comes to the agricultural loan than the bank, PNB has crossed the government’s criteria of 3 per cent and will continue this endeavour in future too. PNB will have large-scale participation in the government’s mission of doubling farmers income by 2022.